Alejandro is a drummer from Cali, Colombia. Having family roots in Buenaventura, Alejandro had the oportunity of early exposure to afrocolombian music and also had the opportunity of attending festivals such as petronio alvarez since he was 3 years old. Also experiencing his first moments on stage thanks to Hugo Candelario who was friend of Alejandro’s father and let him on stage while “Grupo Bahia” was performing. Alejandro rapidly found himself fascinated by the instruments, the energy of the band and knew that he wanted to play music. After tirelessly asking his parents for Drums, they reached out to family friend Leonor Gonzales Mina (renown Colombian singer), who kindly gave Alejandro his first musical instrument, a bombo (a traditional folkloric drum), and offered them some advice for his musical development. As they started to look for music schools in the city, they found “Academia Musical Preludio” where he started with voice, and basic sight-reading lessons. Eventually at age 6 he began his studies in percussion, at 10 switched to trumpet and then back to drums. At 15, Alejandro finally decided that he wanted to be a professional Musician and a Drummer.

Shortly after, he began studying at “Escuela musical el colectivo” under Jaime Henao’s tuition. He began with music theory classes under Ary Alvarez and Mayra Franco for 2 years, after which Jaime accepted him to study harmony. This led to being introduced into the jazz world, where Jaime showed him records of Keith Jarrett, Chick Corea, John Coltrane and Miles Davis. At this moment, after turning 18, Alejandro came to a shifting point in his career, deciding to step into the world of Jazz. Subsequentely, he began playing alongside well-known figures in the Cali Jazz/Latin Jazz scene such as: Carlos Peralta, Giovanni Caldas, Jose Arango, Jonathan Ruiz and Jaime Henao. At the same time, Alejandro was performing/recording with rock band “Turkey”.

Alejandro co-led “4-18” and the Alejandro Gamboa group, where he had the opportunity of trying himself as a composer which resulted in recording his debut album “Sensitive”, in late 2018. The record is inspired by his family, and a sense of enlightenment developed by his understanding that only through being sensitive souls, will we be able to understand the different lessons that life illuminates upon us throughout our journey. The album was recorded on December 16, 2018 in Altar studios. Featured on the album are: Hector Marín on Upright Bass, Juan Dhas on Guitar and Giovanni Caldas on Piano/Rhodes. "Sensitive" was mixed by award-winning engineer, Stefano Pizzaia and mastered at Classic Master by Carlos Freitas and Natalia Bohorquez.

Alejandro is currently based in Bogota, playing with local scene musicians as well performing with the Alejandro Gamboa group. Show less 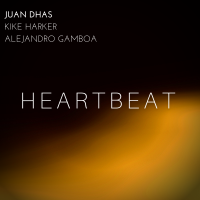 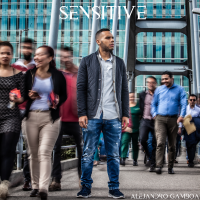 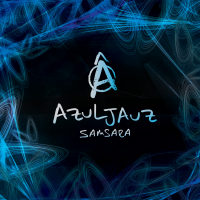 From: Heartbeat (Single)
By Alejandro Gamboa 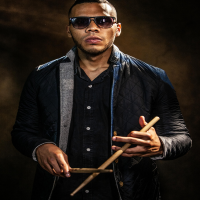 All About Jazz musician pages are maintained by musicians, publicists and trusted members like you. Interested? Tell us why you would like to improve the Alejandro Gamboa musician page.