Afro Peruvian Jazz Orchestra is a 20-piece ensemble that specializes in Afro Peruvian music. The band combines elements of Jazz and traditional Peruvian rhythms which result in fresh sounds and creative new melodies.

APJO was created by Anibal Seminario and Lorenzo Ferrero, both Peruvian composers/woodwind players. The music performed by the band is both original material and original arrangements of traditional Peruvian tunes. Some of the traditional rhythms enveloped within the performances are Lando, Festejo, Marinera, Zamacueca, and many others..

On January 4th, 2018, the APJO was invited to perform at the Jazz Education Network Conference, one of the biggest Jazz conferences in the world.

In addition, on May 5th, the APJO headlined and performed at El Camino College’s 5th annual Jazz Festival.

APJO recently debuted its first album, Tradiciones, advocating the marvelous culture and influential music of Peru. This debut album has captured the hearts of many around the world, resulting in their debut album receiving two Latin Grammy nominations. 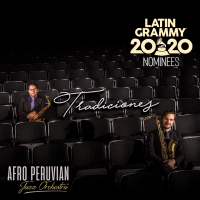 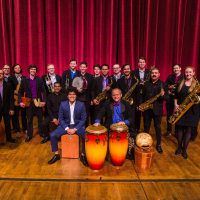 All About Jazz musician pages are maintained by musicians, publicists and trusted members like you. Interested? Tell us why you would like to improve the Afro Peruvian Jazz Orchestra musician page.