Adrien Brandeis is a pianist, composer and arranger based in Paris. Born in Annecy, his musical career started in the south of France. After studying at the Conservatory of Nice, he moved to Paris in 2018 to study with Manuel Rocheman and graduated from the CRR Conservatory of Paris. ​ Musically very open, his influences are multiple, from Ruben Gonzalez to Brad Mehldau, including Michel Camilo, Chick Corea, Jon Lord, Red Garland, Bill Evans. That same year he produced and released his first album “Euforia”, which was internationally successful after being awarded the prestigious Letter One Rising Stars Jazz Award 2018. This prize which rewards the best young European jazz artist of the year allows him to share his music on the biggest European stages: Nice Jazz Festival, Umbria Jazz Festival, Leopolis Jazz Festival, Love Supreme Jazz Festival, Heineken Jazzaldia Festival, Kongsberg Jazz Festival, JazzOpen Stuttgart. ​ He performs in South America, where he is invited to the international jazz festival of Zacatecas as well as to the jazz festival of Polanco and in many theaters of Mexico. Also invited in Asia (Jazzmandu - Nepal, Kolkata International Jazz Festival - India), Adrien shares his music in many countries. On the French scene, he has won numerous awards: First price of the 2017 Jazz à Juan, ; price of the public of the 2017 Jazz in Porquerolles. ​ In Paris, he met Orlando Poleo and invited him many times to play “Euforia” in concert

. He collaborates with many musicians like Inor Sotolongo, Damian Nueva, Arnaud Dolmen, Abraham Mansfaroll, Félix Toca, Philippe Ciminato, Davy Sur. ​ Very attached to Latin music, he went to study in Cuba, La Havana with Ernan Lopez Nussa in order to perfect his knowledge in September 2019. ​ These travels and experiences enrich his game and allow him to write his second album “Meetings”, record in quartet with Damian Nueva, Arnaud Dolmen, Inor Sotolongo and as special guest Orlando Poleo.

Adrien Brandeis euforia Meetings suave Latin Jazz
It is much more than that: for instance, one must be possessed of the understanding of tumbao and then mastery of that ability to impart it to one’s pianism. The answer, then, as to whether Mr Brandeis has succeeded in making music worth putting down on record so early in his career is, by all measures of music, a resounding success. This is a superb album, with music written as if by a tenured member of the tribe of Afro-Cuban musicians, so to speak. Mr Brandeis is French, of course. But on this music he has happily – and quite remarkably – “gone native”. His pianism is so subsumed by his gift for tumbao that this music may as well have been written by someone who is not French, but Cuban instead. Raul de Gama in Latin Jazz Network : https://latinjazznet.com/reviews/cds/adrien-brandeis-meetings/ 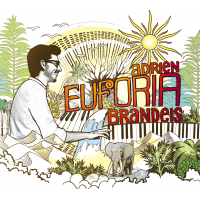 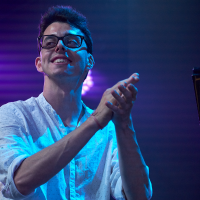 All About Jazz musician pages are maintained by musicians, publicists and trusted members like you. Interested? Tell us why you would like to improve the Adrien Brandeis musician page.