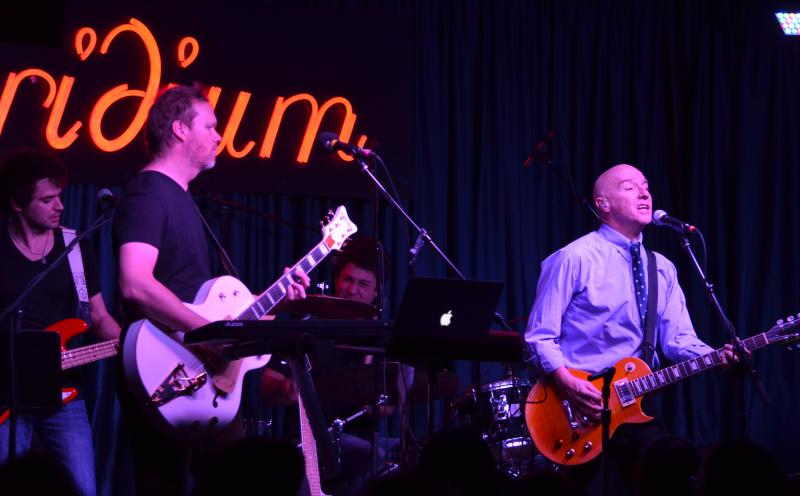 Midge Ure has had quite a diverse career. Since arriving on the musical horizon in the late '70s, Ure has made himself known as a force to be reckoned with as a member of Slik, The Rich Kids, Thin Lizzy, Visage, Ultravox and Band Aid, the one-off group that spawned a movement. During his career, the Scottish guitarist, singer, keyboard player, and songwriter has won many awards including a Grammy, while recording a number of gold and platinum albums and singles. In addition, Ure, along with Bob Geldorf, organized Live Aid and Live 8. Ure acts as trustee for the charity, and serves as ambassador for Save the Children. In 2005, Ure was recognized by the British Crown and awarded the OBE (Officer of the Most Excellent Order of the British Empire).

Not one to tour often, Ure's appearance at the small midtown jazz club had the crowd buzzing as it awaited its hero. Many members of the audience greeted each other with hugs and some variation of the statement: "Wow, it's so good to see you, it's been so long." These same audience members wondered out-loud, "Do you think he'll play 'Reap The Wild Wind'?" (he didn't), "Will he play 'Forever And Ever'?" (he didn't), and "I hope he plays 'Dancing With Tears In My Eyes'" (he did).

The four-piece opening act, Los Angeles' Right The Stars, started the evening off on a great note by delivering a tight set of power pop with a new wave/modern rock edge. Playing many of the songs from their Hello, Yes, Ok CD (Cousteau Records, 2012), lead singer Rich Jacques joked that the band "just finished a tour with Men Without Hats and we can't get 'Safety Dance' out of our heads." The band then played "Stay," which would have sounded at home on an alternative radio station during the '80s nestled between Men Without Hats and Ultravox.

Other highlights of Right The Stars set were "We Got It All," "Together We're Never Alone" (which featured a minor-keyed, almost jazzy progression that evolved unit a dreamy sing along between the band members) and a new song called "Train to Glasgow," that Jacques deemed appropriate "because Midge is from Glasgow." As Right The Stars' set came to an end with "Best Days," Jacques announced, "This next song was in a commercial. You may have heard it. It was in an Xbox commercial for Kinect. Anybody have it?" The set ended with "Give It All To You" and the audience, many of whom at the beginning of the evening, had not heard of the band, gave it a rousing round of applause. 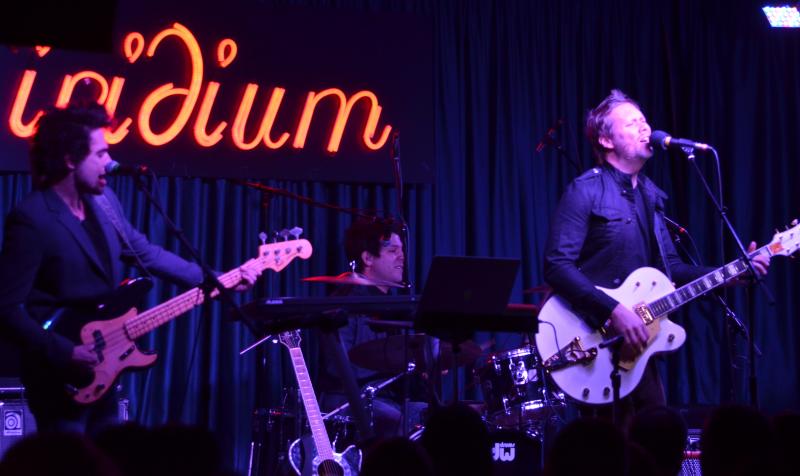 Many were also wondering if Ure's show would be acoustic or with a full band. After a twenty-minute intermission, the question was answered when Ure, resplendent in a blue suit, light purple shirt and blue polka dot tie, appeared with the members of Right The Stars—Jacques on guitar and keys, BC Taylor on drums, Asaf on guitars and keys and bassist Alex Balderston—as his backing band. After opening with "Love's Great Adventure," Ure quipped, "Aren't these guys amazing. We only met three days ago so you'll have to forgive us if we make a few mistakes. Remember you're in a jazz club, so it happens."

He then followed with "The Call Of The Wild" and the Visage hit "Fade to Grey." Clearly in a playful, self-deprecating mood, Ure introduced "Breathe" by saying "This is a song I thought was the best thing I had ever written and when I released it, it died a horrible death. Then two years later, because of a Swatch watch commercial it became huge."

As the evening progressed, Ure delivered perfect versions of "Cold Cold Heart" from 1991's Pure (RCA) and "Answers To Nothing" (with its heavily syncopated backbeat and synthesized, recorder-like whistle). After a request that seemingly came from left field, Ure responded with, "Sad people. You must be starved for entertainment." He then played "Just For You," from Answers to Nothing (Chrysalis, 1988), and Ultravox's "No Regrets" and the title track to Vienna (Chrysalis, 1980).

After "Vienna," Ure searched for his water bottle and discovered that he'd left it backstage and he explained that he came out without his water. Earlier he mentioned that he came out without his set list. A member of the audience shouted, "No set list, no water." Ure, who has a completely shaven head, responded, "No talent, no hair." He then played "Dear God," explaining that it was the closest thing to a hit for him in the U.S. The show was then rounded out with powerful and stellar versions of "One Small Day," "Hymn" from Ultravox's Quartet (Chrysalis, 1982), "Dancing With Tears In My Eyes" (on which Ure strained to hit the high notes but still managed to deliver a great version) and "If I Was," from his 1985 solo debut, The Gift (Chrysalis).

Ure then thanked the adoring crowd and left the stage. After a few minutes he was back and played a phenomenal acoustic version of "Do They Know Its Christmas?" (the song he co-wrote with Bob Geldorf and started the Live Aid movement). Ure said that he was going to do the song even though he took his tree down on January 1st. The enthusiastic crowd sang along with him through verse and chorus—especially on the "feed the world..." call-and-response section. When the song came to a close, Ure came forward, waved to the crowd, shook a few hands and thanked the audience and Right The Stars for making the evening such a hit.