Thomas W. Jacobsen is the author of Traditional New Orleans Jazz, Conversations with the Men Who Make the Music 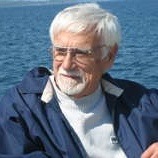 Thomas W. Jacobsen (aka Thomas, Tom, or T. W.) was born, raised and educated in Minnesota. He eventually received a Ph. D. in classical archaeology from the University of Pennsylvania.

Until retirement, Jacobsen spent his career in higher education, including 26 years on the faculty of Indiana University (Bloomington). He devoted his scholarly efforts to the study of prehistoric archaeology in Greece and the Aegean Basin. To that end, he worked in Greece for some 35 years, including 25 years as director of the excavations at the important site of Franchthi Cave. He also served as general editor of the multi-volume series Excavations at Franchthi Cave, Greece, published by the Indiana University Press. During his time in Greece, he wrote the first article in English on jazz in Greece (1987).

Jacobsen has been devoted to jazz music since he was a clarinet- and saxophone-playing teenager. It was at that time that he was introduced to New Orleans jazz by listening to the broadcasts of the New Orleans Jazz Club over the powerful Crescent City radio station WWL.

Upon (early) retirement, Jacobsen moved to New Orleans where he has lived for about 20 years--during which time he has become deeply involved in the local music scene. He has published extensively on New Orleans jazz, having served as a columnist and New Orleans correspondent for the well-known traditional jazz and ragtime monthly The Mississippi Rag. He is also on the editorial staff and writes a column for The Clarinet magazine as well as contributing to a variety of other jazz periodicals.