New York City to elsewhere in a few easy steps 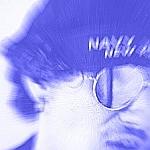 I was first exposed to jazz through my parents' record collection - Kind of Blue (by law in 1959, you *had* to own a copy) the first LP by the Gerry Mulligan Quartet with Chet Baker (10-inch Pacific Jazz LP), a Clark Terry & Bob Brookmeyer LP, Tonight, and more. The first jazz record I bought was... wish I could remember. Maybe Miles (electric), maybe Gabor Szabo. I met Mike Brecker in 1982 through friends. Fortunately, we were only introduced by first name and in a non-music setting; a week or two later, someone "accidentally" said something about his brother and I figured it out. He became a close friend until he passed (but really still is). A wonderful, caring, funny person, a great musician who spoke so well with his horn (or EWI). I miss him to this day. Advice to new listeners: Forget the opinions of others, forget what you think you *should* like. Be open to new sounds, listen to what YOU enjoy and enjoy what you listen to. I love jazz because it is real music played by real people; it's such an absurdly broad category, there is something for everyone.

Best story I've ever heard is from a friend who was at a concert with Ginger Baker playing. He and a companion were hungry; they left to eat as Baker began a solo, got some pizza, ate it, returned to the concert... Baker's still soloing. Worst part of music in the late 60s: compulsive extended drum solos.