The Miles Davis of DJs 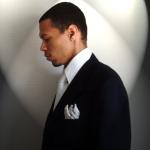 Antomattei, who is frequently credited as DJ Antomattei of Tokyo (born Marc Tolin Antomattei on January 4, 1983 in El Paso, Texas) is a professional disc jockey that is both a musical connoisseur and an autodidact; He is known for playing many eclectic styles of music including house, hip hop, soul, acid-jazz, disco, lounge, bossa nova, and salsa among other styles. The self-proclaimed “Miles Davis of DJs” got his start as a disc jockey while residing in Tokyo, Japan. Antomattei credits DJs Tony Humphries, Masters At Work and Dimitri From Paris as his inspirations. The artist name “Antomattei of Tokyo” is an open homage to DJ Dimitri From Paris.

Music runs deep in DJ Antomattei's family roots, especially in Latin music. Marc Antomattei is the nephew of Agustin “Augie” Antomattei, an exceptional salsa trumpeter who has performed with greats such as Eddie Palmieri, Bobby Valentin, Cano Extremera, Jose Alberto, Pellin Rodrguez, and the Puerto Rico All Stars (a legendary salsa jazz band that was the Puerto Rico alternative to the acclaimed New York based Fania All Stars). He is also a nephew of Victor “Cano” Gonzalez, another salsa trumpter who has been performing with the world famous El Gran Combo de Puerto Rico since 1980. His grandfather's brother Candido Antomattei, was one of two main vocalist in Arsenio Rodrguez's conjunto, a band that was part of the roots in the establishment of latin music genres such as mambo and salsa. Lastly he has another uncle, Agustin Caraballoso who also performed in Arsenio's conjunto with Candido.

In 2006 DJ Antomattei befriended Mark Dwayne, a singer and magazine owner from Birmingham, England. The West Midlands based magazine “Street Cred”, is the UK’s number 1 entertainment and lifestyle magazine in which Antomattei was an occasional contributing writer for. In July 2008, Dwayne gave Antomattei the news that he was booked in the UK’s second city of Birmingham to play an event on Boxing Day December 26, 2008. The Street Cred sponsored event “Funkaliscious” at club Barracuda (now held at Club Formula), is the West Midlands biggest monthly residency party. After appearing on the Street Cred Live radio show on Aston 89.1 FM, and doing a successful Funkaliscious event; Antomattei was finally asked in early January 2009 to become a full time staff member, writer, and designer for the Street Cred label.

In Japan Antomattei has played at venues all across the Greater Tokyo Area including Shibuya, Harajuku, Aoyama, Shinjuku, Akasaka, Yokohama, Chiba and the Shonan beach area. In the later half of 2009 Antomattei branched out to the western part of Japan's mainland of Honshu, where he played gigs in the city of Nagoya. Outside of Japan Antomattei is a premier DJ for www.hkgfm.net (Hong Kong FM), a free online radio station based in Hong Kong that reaches out to a global audience. In November 2009 DJ Antomattei helped launch a new channel for Hong Kong FM “Club HKGFM” in which he produces a monthly show for.