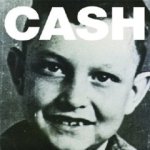 In his tribute to Johnny Cash on the artist's death in 2003, commentator and VH1 Executive Director Bill Flanagan put forth this bit of wisdom on the CBS program Sunday Morning:

"It's becoming more apparent with every year that goes by that the period from the mid-'50s to the mid-'70s was a golden age for popular music. To have lived in the era where Cash and Presley and the Beatles and Stones and Aretha and Dylan and Miles Davis were around is like to have lived in Paris during the time of the impressionists.

That era is moving away...We can assume that these musicians who loom large in our culture will always be around. They won't. We should appreciate them while we have them because someday we'll turn around and they'll be gone."

Cash was a most resilient spirit who experienced at least three career comebacks in 50 years of performing. His last return began at the dawn of the 1990s after he had been dropped by Columbia and Mercury Records. In 1993, he sang on U2's "The Wanderer" for their recording Zooropa (Island, 1993). A short time later, Cash was approached by producer Rick Rubin and offered a contract with Rubin's American Recordings label.

What followed were four critically acclaimed recordings released between 1995 and the singer's death: American Recordings (1994), Unchained (1996), American III: Solitary Man (2000) and American IV: The Man Comes Around (2002). After Cash's death, Rubin released the multi-disc set Unearthed (2003) and American V: A Hundred Highways (2005), the second of which reached #1 on both the Billboard Top 200 and the and the Billboard Country Music charts.

Late within this activity with American Recordings was the microcosm of four months between the death of June Carter Cash on May 15, 2003 and Cash's own on September 12, 2003. It was during this period that Cash and Rubin recorded the material included on American V: A Hundred Highways and this last chapter in the American series, American VI: Ain't No Grave.

Cash is much diminished on the last two recordings, echoing his wife's frailty on her final recording Wildwood Flower (Dualtone, 2003). This is not the hell-raising Old Testament prophet of American Recordings. It is the voice of acknowledged resignation, the statement of Paul to Timothy of fighting good fights, finishing races, keeping faith. The lingering question is not, "Should this music have been recorded?," because it obviously had to be. The question is, "Should this music have been released?"

This is not music to be enjoyed as the tuneful experience of contemporary pop artists. It is serious music to be considered in the context of its creation, transcending producer Rubin's heavy handedness on the murmuring piano bass notes of Sheryl Crow's "Redemption Day," the humming cello of Cash's the funereal organ of "I Corinthians 15:55," and the mournful organ of "Can't Help But Wonder Where I'm Bound."

When is music more than just music? When is it actually something much greater (if such a thing exists)? Cash was running on fumes during these sessions and was very much aware of it. It is reflected in his song choices and stark personal arrangements. It shines in his valedictory composition, "I Corinthians 15:55," and the title piece. Writ large in these notes is the observation of Cash's great and troubled faith, a faith that author Rodney Clapp described as, "as a lens through which to view American contradictions and challenges." On Ain't No Grave, Cash sings his last will and testament.