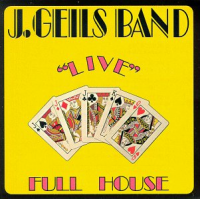 Blow your face out, baby...

Once, when I was teaching Chemical Quantitative Analysis to pharmacy students, one of my charges approached me before a test and asked, "Can you tell me all I need to know to pass this quant quiz?" The exam was the Wednesday before Thanksgiving and my class was wanting to get an early start on the holiday. It reminded me of me doing the same thing in school and my teacher reminding me that, "norepinephrine was discover on Christmas Day" putting an end to my wishful thinking. I told him, "yes, but it may take a while." When he asked why, I replied, "Because, we need to start our discussion with protons, electrons, and neutrons." First principles---this is the place where it all begins and is ultimately explained.

My first musical brush with first principles was the first time I ever heard Little Walter Jacobs blow his breath through his chromatic mouth harp. It was an epiphany. I then understood perfectly Magic Dick Salwitz's awesome power and talent on the harmonica. While his technique was all his own, the style of his playing was not. That said, Magic Dick was the wailing soul of the J. Geils Band, not lead vocalist Peter Wolf, whose singing was a recognition faction in the band's sound. However, Magic Dick's sound, that driving, full- throated harmonica, defined the band, at least in the beginning.

Founded in 1967 in Boston, the J. Geils Band made a reputation of itself as an over-the-top bar band, specialists in esoteric soul and R&B songs. Raunchy by way of Wolf, Bluesy by way of Magic Dick, Jazzy by way of keyboardist Seth Justman, and all Rock & Roll by way of J. Geils, the Band forged a white bridge between Detroit Soul, Memphis R&B, and American pop culture. The band made albums in the early 1970s that fed the appetite of AOR FM and Late Night AM radio stations. It was not until the late 70s and early 80s that the band finally reached a wider audience and produced a string of Top Ten hits and in the bargain lost their original grit. "I Must of Got Lost," "Give it to Me," and "Centerfold" were all solid pop confections, but they were no match for what the band produced ten years earlier on "Live" Full House.

Minute for Minute, "Live" Full House is one of the densest rock live albums ever produced. Clocking in at just under 40 minutes, it packs a relentless punch that leaves the listener drunk with pleasure from the powerful momentum the band brought to the stage and left them wanting more. "Live" Full House was recorded April 21 and 22, 1972 at the Cinderella Ballroom, Detroit, MI. The two night yielded 31 performances from which eight were selected for album release.

The disc opens with the relatively obscure Smokey Robinson tune, "First I Look at the Purse," which is totally transformed into a slab- o- rock lava flow and proceeds through Otis Rush's "Homework" (easy blues) and the originals "Wammer Jammer," "Hard Drivin' Man" (Rock and Roll), and "Crusin' for Love." All of the songs to this point are of 45 rpm length variety, except when one turns the LP over for John Lee Hooker's staggering nine plus minutes of "It Serves You Right to Suffer," a funeral dirge turned nasty. The recording ends with "Crusin' for a Love" and "Looking for a Love" both driving like a thunderstorm in summer to an apocalyptic end. Forty minutes of pure rock and roll energy.

J. Geils and Seth Justman add their tasty licks to the stew prepared here, tickling all of those R&R receptors in the listeners' brains, forcing them to dance. Peter Wolf swaggers with all of the greasy Mick Jagger confidence he can muster from his Bronx, New York soul. But in all of this, it is that pre- John Popper harmonica of Magic Dick that steals the show. He distills everything Walter Jacobs, Sonny Boys I and II, and Junior Wells ever played into a frenetic style played at a nuclear tempo with a dense universal range and sound. Just put on "Wammer Jammer," turn it up to eleven, and let's get back to first principles.

Sometime around June 2010, Rhino Records announced they would be releasing "Live" Full House (DELUXE EDITION) the following August. The release was to include the eight original songs originally released and add to that the remaining 23 unreleased pieces recorded over the two concert. There was a great fanfare and brouhaha that ultimately amounted to nothing when the release never appeared. Well, at least we have this to look forward to in the future.

First I Look at the Purse; Homework; Pack Fair and Square; Whammer Jammer; Hard Drivin' Man; Serves You Right to Suffer; Cruisin' for a Love; Looking for a Love.