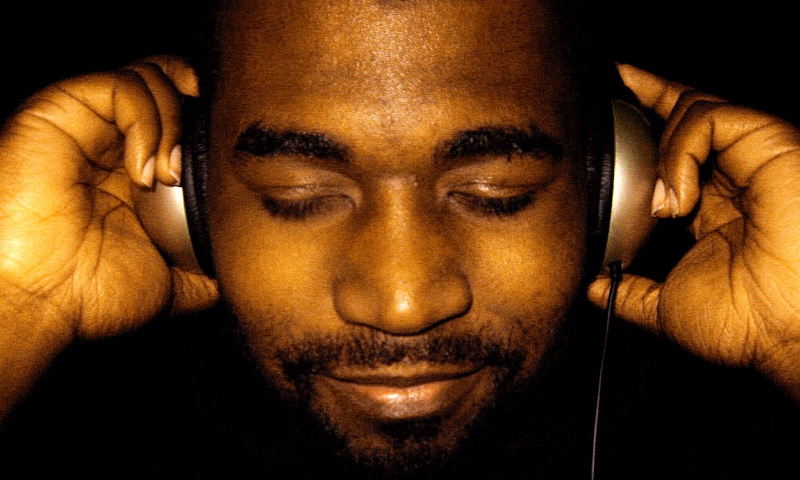 By DOUGLAS GROOTHUIS
January 22, 2015
Sign in to view read count
All About Jazz readers are usually very hip to the joys and challenges of listening to this uniquely American and endlessly fascinating art form we call jazz. Aficionados of jazz like to talk about jazz, like to recommend jazz to others, and like to listen to how others listen to jazz. This is why strangers can so easily talk jazz. In that spirit, consider how to grow even bigger ears for the music.

Obstacles may stand in the way. Ears may be closed by misunderstanding and ignorance. Jazz makes up but a sliver of the music market. Popular music does not cater to jazz as it did in the 1940s. Worse yet, jazz has the slanderous reputation of being "jumpy" or "hard to understand." One of my young students, a hip-hop enthusiast, listened as I played some jazz in a philosophy class a few years ago. Noting his alarm, he said that the music made him feel strange and a bit upset. I replied that if he could "take Hip-hop," he had nothing to worry about. Later, he was singing the praises of Louis Armstrong after I gave him a jazz collection. There is hope.

Jazz has rallied to overcome obstacles before. The enemies of jazz once stigmatized the saxophone as "the devil's horn." (See The Devil's Horn: The Story of the Saxophone, from Noisy Novelty to King of Cool, by Michael Segell.) Vast multitudes from around the world rightly celebrate Adolph Sax's sublime creation from 1843. An amateur alto saxophonist and lifelong pastor told me that only in the past few years did he feel the freedom to take up his horn again. Somehow, despite hearing Count Basie and other legends in Chicago in the 1960s, he was told jazz was not befitting his profession. He is now free to swing before the face of God and talk freely with me and others about this gift from above. He joyfully received a collection of Coltrane's music that I gave him. There is hope.

Initiations make for the best converts, if they are wisely solemnized. Dazzle Restaurant and Lounge, Denver's best jazz venue, is one such place for artistic discovery. Tyler, one of my students, had his head down, his eyes closed, as he listened to Ravi Coltrane's quartet at Dazzle. We had slowly shared a pitcher of ale as Coltrane spun his story on the horn. My young charge was not bored or sleeping. He was listening and awake as could be. "I needed to close my eyes to pay proper attention to the music," he told me. Indeed. This was the first jazz performance he had witnessed. I had briefed him a bit on jazz, but it was the experience that ushered him into that new world.

The whirl and whir of a noisy culture is another impediment to having big ears for listening to jazz. Dazzle entertains in a "listening room" where patrons are told to turn off devices and "keep talking to a minimum." Bravo to that! But most of our jazz listening comes from recordings. Since jazz is deep, so must the listening be deep. I tell my students that they "cannot multi-task philosophy." Neither can you multi-task jazz and know it as jazz. It requires and repays effort, as do all good things. Effort is wasted if not done in the right environment. You cannot run underwater or swim in a forest, no matter how much you perspire of keep a positive attitude.

Literary theory can inspire us in this. A wise writer told us that we can either "use" or "receive" a work of literature. The unliterary person reads to achieve some goal, to "use" the prose or poetry. This is instrumental. I want to get something out of it. The literary soul desires to "receive" the work, to take it in for what it is. This is an act of humility. In the same way, jazz is better received than used.

Yes, jazz can be used to cheer us up or make us mellow. First, we need to listen, to sit at its feet, so to speak. Quiet places are best for receiving jazz. With a friend, I recently listened to the entire performance of A Love Supreme, recorded at Antibes, France. Tim and I reclined on his comfortable furniture in front of his exquisite sound system for the full 47-minutes of Coltrane's one-of-a-kind performance. We only occasionally made comments. We let the music speak; it did not have to shout, since there was no competition in the house. If we clear some perceptual space for jazz, give it an opening, we will learn to delight in its charms.

We may further encourage friends to listen to jazz by explaining its cultural and historical resonance. Jazz is America. It broke down barriers of color, class, and creed. Jazz bands were integrated before buses and schools followed suit. Jazz is no respecter of persons: red and yellow, black and white, if you have the chops, you are alright. Jazz is a universal language—American, but more than American—that transcends disputes, however important those religious and philosophical disputes may be.

What is it about jazz that works all this magic? Why was Louis Armstrong not only a progenitor of jazz but also a global ambassador for his music? He not only gigged worldwide on his own steam, but was sent out by the federal government to bring American goodwill around the globe. So was Duke Ellington. It should make you wonder what it is about an art form that makes it a bridge between cultures, peoples, and races.

That is my last chorus—for now. But the song and the magic and the goodness continue with or without me. Listen to jazz. Listen to life. Spread the swing.

What is Jazz? Good Question...