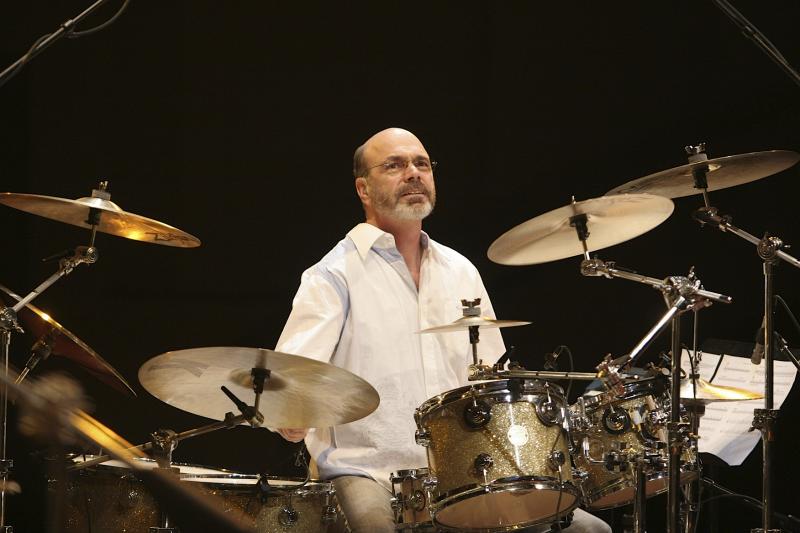 By BELINDA WARE
April 14, 2013
Sign in to view read count
Chicago is by far one of the most prolific musical ensembles to emerge on the music scene with an array of number one hits that have proven to be timeless in global appeal. Chicago transformed music with the innovative creation of its signature jazz/rock sound, fueled by the band's solid horn section, blazing guitar work, and the renowned percussive talents of legendary drummer, Danny Seraphine.

Touring across America and around the world with Chicago, Seraphine has notably received accolades for his consistent high energy concert performances as well as in-studio production work, all of which has culminated in Chicago's longevity and a staying power that has crossed generations.

As an outright power drummer leading the band's groove, Seraphine set the foundation of Chicago's innovative fusion of jazz and rock in the solid rhythms heard on its successive hit singles including "25 or 6 to 4," "Take Me Back to Chicago" and "Street Player."

In retrospect, the basic essence of Chicago's pure sound changed the face of popular music, creating timeless original hits that received approval from both fans and critics as quickly as the new music hit the radio airwaves.

Seraphine, the man behind the percussive beat of Chicago's energy and drive, has accomplished what many drummers dream of achieving, including stepping into the shoes of becoming a solid record producer, resulting in a series of successive gold and platinum albums, as well as hit singles in the band's collective celebrated musical journey.

It is understandable that Seraphine has achieved his current status as one of the industry's most highly respected drummers, acknowledged by music critics and top musicians alike including the legendary Buddy Rich.

What comes next, post-Chicago, for Seraphine seems destiny driven as relates to his discovery of yet another power band that came together as a result of a few inspiring jam sessions of which he happened to be a part. Seraphine saw the clear vision to create a new band when he had the opportunity to step into an improvised jam session while in California with electric guitarist Marc Bonilla.

The formation of this new ensemble inspired Seraphin's anticipated reunion with his former Chicago band mate, singer Bill Champlin that led him to bring Champlin's son, acclaimed vocalist Will Champlin, onboard, adding a soulful groove to the band's overall sound.

After intense production work in the studio over a period of three years, the result is the official CD release, Sacred Ground (Street Sense Records, 2013), representing the official independent debut of CTA led by Seraphine, a man on a mission to take the musical sound of jazz/rock to the next level of creation.

Overall, the project is exemplary in terms of the band's collective sound—a mixture of jazz, funk and solid original music for the new millennium.

The title track is reminiscent of Chicago's powerful sound, with the flavor of a new signature jazz/funk groove alongside a variety of other songs that are equally well-produced, including notable instrumentals like "Primetime" and "In the Kitchen." Braggs delivers a solid vocal rendition on "I Love You More Than You'll Ever Know," one of the original hits of another iconic group,Blood, Sweat, Drum + Bass. CTA's modern version of "Take Me Back to Chicago" emotes a solid jazz/rock feel true to Chicago's form.

In a recent interview, Seraphine had this to share about CTA. "It's taken me a while to get here, but I feel like CTA is in a very good place. I'm very proud of this band, and I feel like we've made a record that will stand up for generations to come."