This is the conclusion of our trinity of Christmas 2007 holiday articles, tying up the previously noted : 1. In nomine Patris... The Past and 2. ...et Filii... The Present.

These recordings take the holiday celebration to the edge, being at once quirky, inventive, and the lst one included only because the title contained the word "Peace.

The Suonormystic Brothers And Santa Clause is the most off-the-wall holiday recording that can still be called holiday music. This merry group is nominally lead by clarinetist Simone Mauri. The holiday repertoire of this Quartet Italiano is akin to music made at that Christmas party after a thousand Grey Goose cold shots and oysters...that is, to say, ebullient and uninhibited.

The initiating piece "Angels From The Realms Of Glory (better known as "Angels We Have Heard On High ) gives a microcosm of the whole disc. It begins with Mauri's plaintive clarinet interrupted by Ciolli's new age acoustic guitar, which is, in turn, interrupted by Bonciani and Mauri in a fantasia that sounds like it was made in the early 1970s, a speedball cross between Rare Earth, The Ides of March and The Doors, with Santana thrown in like nutmeg. It ends as it begins with solo clarinet.

And so goes the rest of the disc. All of the music is full of surprise and wonder made by musicians who take the music seriously while not offering the same luxury to themselves. "White Christmas is pretty straight ahead, buzzing through a dozen musical periods and genre in a little under four minutes. "Greensleeves is the most modified of all the pieces, made a Jimmy Guiffre free piece that bounces off time at a Dave Brubeck waltz pace. This is thoroughly entertaining holiday music.

Where the hell is Al Stewart? He and White were, in the 1970s and 1980s, two peas in a pod. Maybe better that he did not show up as "God Rest Ye Merry Gentlemen may to easily transform into "A Man For All Seasons (Hey, that might not be too bad). White joins forces with brassman Rick Braun and saxophonist Mindi Abair for a fun, fun, fun holiday collection. Every one named takes a turn singing and then allows Jeffrey Osborn in for a soulful "Silent Night.

Tastefully eclectic is what best describes this recording. While lacking the artistic abandon of The Suonormystic Brothers And Santa Clause, a Peter White Christmas more than it holds its own. Again, microcosmically, the opening "Little Drummer Boy gives the listener plenty of idea what is coming. All instrumental, Braun wails on trumpet and Abair grinds on tenor saxophone, playing with more balls than Boney James could hope for. All the lead artists liberally quote other holiday songs.

A slick "Christmas Song follows with Abair singing and White recalling "The Year Of The Cat. "What Child Is This is given a funky, fast paced treatment that is very effective for this millennia-old melody. The disc's highlight comes on tracks 10 and 11, "Santa Claus Is Coming To Town/Boogie Woogie Bugle Boy" and "Happy Christmas/O Holy Night." These probably best capture the magic of the season. If the listener is looking for something fresh (and is slayed by The Suonormystic Brothers and Santa Clause) he or she could consider this fine offering a more mainstream alternative. 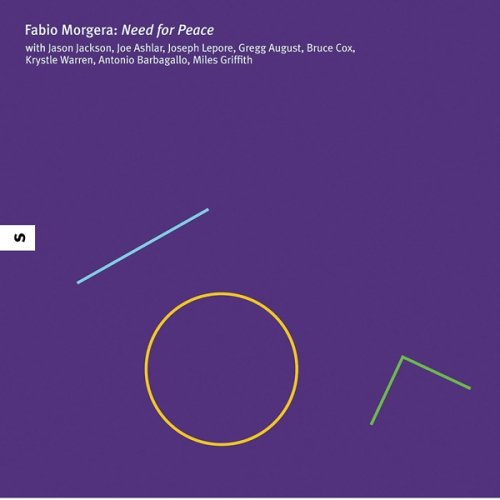 Okay, Okay! This disc has nothing to do with the holidays save for trumpeter/vocalist Fabio Morgera's title cut, "Need For Peace. Morgera made several notable discs for Italy's Red Records, including Slick, Colors, and Red Stars. He has now moved permanently to New York City to pursue the great jazz dream. Morgera does this in fine fashion, crafting a sleek, mainstream recording that sports some smart composing and playing. Morgera kills Hoagy's "Skylark sounding like a crazed Louis Armstrong in full open bell and Krystle Warren in fine voice.

The title tune is an original that is timely for the season and the historical period. A shimmering ballad, Morgera's playing is reminiscent of Kenny Dorham more than Lee Morgan or Armstrong for that matter. Joseph Lepore slides off a tasty arco bass solo with the ease of Paul Chambers in the mid-1950s. Morgera is, in the vernacular, a talent deserving of more attention. He is no Miles Davis rip-off, being as much his own musician as alto saxophonist Art Pepper was in the shadow of Charlie Parker. Need For Peace is a shining example of great, great jazz smothered in a commercial market place. Let Fabio breathe!

The Suonoramystic Brothers And Santa Clause