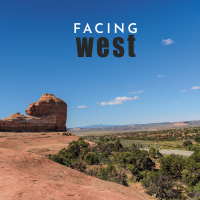 In Your Steps; Unintended Consequences; I Don't Think So; Silly Me; Hangin' In; Tim The Enchanter; 26th Street Waltz; Just Let It Make Sense

All About Jazz musician pages are maintained by musicians, publicists and trusted members like you. Interested? Tell us why you would like to improve the Facing West musician page.