At the age of 24, jazz guitarist Kevin B. Clark has been described as “one of the stars of tomorrows’ jazz guitar.” His unique approach to the electric guitar, combining a highly refined technical prowess with a style of playing that is unique to his personality, sets him apart from his contemporaries. His musical language is harmonically inventive and fresh, while still drawing from the examples set by the great masters of modern jazz. It has been said that “Kevin’s true skill is not just in his virtuosic prowess, but his capacity to merge these influences together to create unique, exhilarating music that is never mired in abstraction.”

Kevin B. Clark is a jazz guitarist from Long Island, New York. He began his musical studies on guitar at age 13. By the time Mr. Clark was 16, he concentrated primarily on jazz. He performs regularly in New York, Baltimore, and Washington D.C. He has performed and recorded with numerous premier jazz artists, including John Abercrombie, Jack Dejohnette, Gary Thomas, David Kikoski, Clarence Penn, David Binney, Peter Erskine, Ed Howard, Nasheet Waits, Jack Wilkins, Dave Pietro, and Warren Wolf. He has performed across the United States, as well as internationally in Japan and Singapore.

In 2008, Kevin performed at the North Texas State Jazz Festival, earning an “Outstanding Soloist” award. He was also designated a finalist for the 2008 Gibson/Baldwin Grammy Jazz Ensemble, which accepted applicants from the United States, Canada, and Mexico. Other awards Kevin has earned include the 2008 Louis Armstrong Jazz award from Garden City High School, the 2008 Barry Manilow Music Scholarship from Garden City High School, the 2008 Max Corzilius Jazz Scholarship from the Peabody Conservatory, the 2011 Charlie Byrd Endowed Endowed Memorial Scholarship in guitar, and the 2012 James Winship Lewis Endowed Memorial Prize for performance.

As an educator, Kevin teaches private lessons in guitar, improvisation, composition, and music theory. He has taught classes, ensembles, and masterclasses on both high school and college level at schools including the Peabody Conservatory, Caroll Community College, and the Baltimore School for the Arts. Kevin’s primary teachers have included Gary Thomas, Paul Bollenback, Stephen Salerno, and Jim Durso. In 2012, he received a Bachelor of Music degree from the Peabody Conservatory, and in 2014 he earned a Graduate Peformance Diploma from Peabody under a full tuition scholarship. 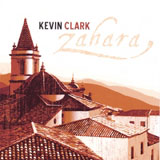 All About Jazz musician pages are maintained by musicians, publicists and trusted members like you. Interested? Tell us why you would like to improve the Kevin B. Clark musician page.