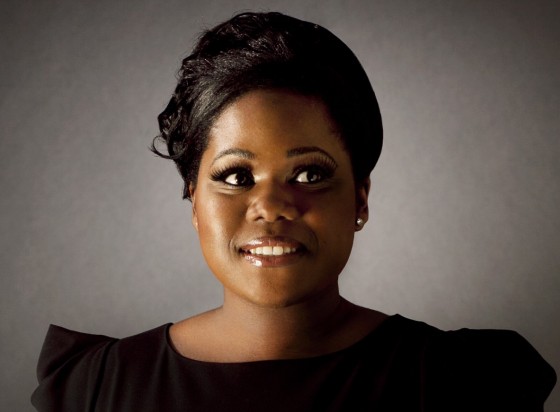 The Norfolk and Norwich Festival is gaining a reputation as one of the finest arts festivals in the UK, one that's always willing to experiment, make use of street venues and the beautiful Norfolk countryside, and give rising stars as well as established artists a showcase. The 2012 Festival was no exception, although its jazz content seemed a little less than in recent years. There was the Robert Glasper Experiment on the opening weekend, an inspired performance at times featuring the amazing Mark Colenburg on drums. A few days later violinist Nigel Kennedy performed with his Jazz Quintet, but it wasn't until the closing two days that the Festival presented acts that genuinely showcased the music of Britain's home-grown players.

The final Friday saw the young soul-influenced singer Zara McFarlane and her band at the Norwich Playhouse. McFarlane has been around the UK scene for a few years, performing with musicians of the caliber of Denys Baptiste and the Jazz Jamaica All Stars. Her debut album, Until Tomorrow (Brownswood Records, 2011) demonstrated her strengths as both singer and writer, and formed the foundation for her 90-minute set.

On stage, McFarlane's easygoing, almost shy presence makes her an engaging figure. Her voice is clear, controlled and pure—a joy to hear. She's a strong ballad singer, her loveliest vocals of the night coming on the slow, melancholy, "Waking Sleep" (based on Harry Whitaker's "Thoughts") and "Until Tomorrow."

Pianist Peter Edwards' creative, flowing musicianship was also apparent throughout the concert, particularly his solo on "Captured." He's a stylish player, well-suited for accompanying a vocalist, his playing always enhancing McFarlane's vocal delivery. Unfortunately, the sound balance at times made it difficult to hear Edwards and tenor saxophonist Binker Goldings, losing the finer nuances of both players.

There's no denying the skill of McFarlane as a singer, but her festival appearance rarely achieved the passion that she is almost certainly capable of. With the exception of Golding's solo on "Chiaroscuro," which built tension slowly and inventively, the band never really seemed to stretch out and McFarlane herself stayed well within her vocal capabilities. In fairness, an ongoing electrical fault with her mike, which seemed to worsen as the night progressed, can't have helped. It could well have affected her confidence, leading her to approach the microphone with caution.

McFarlane performed one or two standards, including "Night and Day" and "My Favorite Things," but it was her second encore that stood out for its originality of approach, and for the freshness of her performance. It was Junior Murvin's reggae classic "Police And Thieves"—also covered by The Clash. McFarlane moved the tune away from its reggae roots, giving it a slow, lyrical ballad treatment with one of her finest and most emotionally engaged vocals of the night.