Daughters: You Won't Get What You Want

By JOHN BRICKER
December 8, 2018
Sign in to view read count 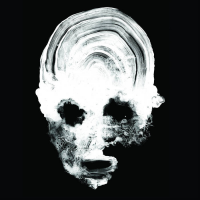 You Won't Get What You Want, the fourth album from Rhode Island noise rock outfit Daughters, is one of the year's most engrossing and terrifying albums, despite a few underwhelming tracks and a disappointing finale. Vocalist Alexis Marshall, guitarist Nick Sadler, bassist Sam Walker and drummer Jon Syverson released Daughters' debut, Canada Songs, in 2003, establishing their talent for composing tiny and gritty songs with dark guitars, pounding drums and raspy screams. With 2006's Hell Songs and 2010's self-titled album, Daughters displayed more restraint, finally crafting memorable, well-structured songs. After releasing Daughters, the band announced an indefinite hiatus and did not play together for years. According to Ipecac Recordings, Daughters began writing their fourth album after reuniting for a few live shows in 2013.

You Won't Get What You Want is worth the wait. Daughters have taken a huge step forward in their artistic metamorphosis, creating their most striking soundscapes and captivating tracks yet. "City Song" kicks off the album with a simple array of muted kick drums, industrial drones and huge snares that obliterate the rest of the mix. Marshall's deadpan spoken word perfectly complements the song's instrumental as the band heaps on electronics, heavy toms and gritty noise. When the track reaches climactic wall of distorted guitars, crushing drums and Marshall's guttural cries, and cuts out abruptly, leaving only Marshall's cold words in the song's final seconds, Daughters perfectly establish their album's solemn, dynamic soundscape.

"Long Road, No Turns" picks up where "City Song" leaves off, opening with a dizzying wave of twisted guitars, booming toms and Marshall's strained vocals. Marshall's lyrics become just as foreboding he warns the listener to "Remember that the road is long, remember that the road is dark." The outro piles on layer of guitars that sound ripped from a demented funhouse or a gothic church, creating an engrossing, visceral finale.

About halfway through You Won't Get What You Want, Daughters deliver bluesy and atmospheric relief in "Less Sex." Marshall coldly characterizes sex as a sinister force over a sparse blend of distant humming, throbbing bass and weighty percussion. This moment of somber contemplation gradually evolves into an epic finale with sweeping chord progressions played by rough, bitcrushed guitars. Despite this track's relative calm, its slow build easily makes it one of Daughters' most satisfying songs.

Although Daughters builds a captivating, diverse tapestry of sound, You Won't Get What You Want is not a flawless record, particularly in its second half. "The Reason They Hate Me" begins with a massive swell of shrill guitars, distorted bass and rumbling drums. The track's instrumental flawlessly builds throughout, reaching new levels of panic with mechanical whining and short bursts of guitars. However, Marshall lets the song down with his yelpy cries of "Don't tell me how to do my job!" His overly theatrical vocals clash with the track's subtle, crushing instrumental.

You Won't Get What You Want's final track, "Guest House," ends the album with a slightly sour note. The track begins as one of Daughters' strongest, boasting an oppressive mix of pounding drums and crunching guitars that perfectly match Marshall's panicked begging for shelter. "I need a place to bury the soulless, charming winter-hell creature upon me," Marshall screams. After the track reaches a gothic climax, somehow, it effortlessly morphs into a wavy blend of synthesizers and distant echoey melodies. This peaceful outro is stunning, especially contrasted with the manic terror Daughters just delivered, but cannot possibly ease listeners out of the terror displayed across the album. The adrenaline and momentum of You Won't Get What You Want is not resolved through "Guest House's" relatively short four minutes, leaving the album at a cliffhanger.

You Won't Get What You Want is easily Daughters best album, boasting their most ambitious compositions and engrossing production yet. If you can stand a few rough edges, take some time to appreciate one of modern rock's most overwhelming records.

Title: You Won't Get What You Want | Year Released: 2018 | Record Label: Ipecac Recordings