Jeff Buckley: You and I 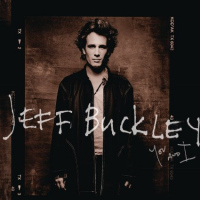 The life and career of Jeff Buckley were cut extremely short and at a point where the possibilities had barely begun to be apparent. After the fatal drug overdose of his famous father, the folk singer (and, for at least one album, jazz singer) Tim Buckley, the son spent much of his adolescence living on the border of poverty. That life, however, was not without ongoing musical influences, his mother being a classically trained musician. In high school, Buckley played guitar in the school's jazz band, later moving to Los Angeles and playing with local jazz and funk bands.

Buckley released just one album in his lifetime, Grace (Columbia, 1994). A mix of originals and covers, it featured a Nina Simone inspired version of "Lilac Wine" and Leonard Cohen's "Hallelujah." The latter was widely recognized as Buckley's finest work and saluted by Time Magazine and Rolling Stone as one of the best recorded vocal songs of all time. Robert Plant, Jimmy Page and David Bowie each cited Grace as a benchmark album. Despite the industry recognition, the album did not sell well in the US until after Buckley's death.

A second album, Sketches For My Sweetheart the Drunk was in the works in 1997. In May of that year Buckley walked, fully dressed, into a harbor off the Mississippi River in Memphis, telling a roadie that he was going to swim. Apparently pulled under by the wake from a passing boat, his body was found six days later and his death ruled as accidental. He was thirty years old. Later completed and released posthumously, the second album became part of a catalog of three additional compilations, five live releases and a box set, The Grace EPs (Columbia, 2002). You and I marks the first release of Buckley material in seven years and all previously unreleased.

You and I certainly has enough stand-out moments to make it a worthwhile addition for fans of Buckley though it is not without a downside. These recordings of demos and first takes are cover pieces and Buckley compositions with Buckley alone on electric guitar. Bob Dylan's "Just Like a Woman," with its slow tempo and six-plus minute length, plods on. Sly Stone's "Everyday People" also suffers from vocal modulations that just don't have the correct feel for this type of song. Things improve significantly with Joe Greene's "Don't Let the Sun Catch You Cryin,'" a beautifully rendered slow blues cover of the song made popular by Louis Jordon in 1946. Other highlights include a haunting version of Bob Telson's "Calling You," and upbeat take on Morrissey's "The Boy with the Thorn in His Side" and Led Zeppelin's "Night Flight," a great example of how Buckley could sound remarkably like Plant. The beautiful, but disturbing closing piece (also from Morrissey) "I Know It's Over" includes the lines, ..."you see, the sea wants to take me..." and ..."oh mother, I can feel the soil falling over my head...."

Buckley was a one of a kind talent; an excellent guitarist that excelled across genres and a vocalist who could cover four octaves. More meaningfully, Buckley had a way of making a cover, something that he completely owned through his unique and emotional interpretations. His short life spawned more than a dozen tribute songs, a film documentary and an abiding interest in his work. You and I is hardly faultless as a whole, but there are enough pieces of perfection to make it worth having.

Just Like a Woman; Everyday People; Don't Let the Sun Catch You Cryin'; Grace; Calling You; Dream of You and I; The Boy with the Thorn in His Side; Poor Boy Long Way from Home; Night Flight; I Know It's Over. 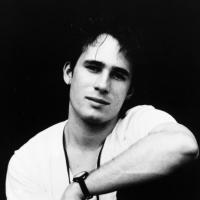