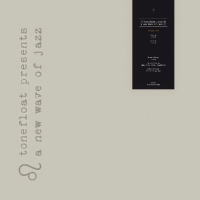 YODOK III began operations in Norway as the Trondheim-based duo of Swedish drummer Tomas Järmyr and tuba player Kristoffer Lo in 2008. They have released one EP (I, Self Produced, 2012) and one album (II, Perfect Hoax, 2013). Both Järmyr and Lo are versatile musicians, active in the local Norwegian experimental and improvised scene. Järmyr collaborated with Lo in the heavy drone trio Sunswitch (its self- titled album was released by Riot Factory, 2012) and the alternative jazz- pop outfit Doffs Poi. Lo plays in the art-rock bands PELbO and Highasakite, is a member of the Trondheim Jazz Orchestra and the experimental tuba trio Microtub (its debut was released by Sofa Music, 2011). He is an independent musician who released a fascinating solo tuba album Anomic (Gigafon, 2013), where he redefined the instrument's sound with effects, pedals and electronics.

Järmyr and Lo wanted to push Yodok's musical envelope in a thick mix of noisy, industrial ambience and heavy drones. They addressed Belgian guitarist and sonic sculptor Dirk Serries, known before through the monikers Vidna Obama and Fear Falls Burning, after they were fascinated by his minimalist ambient works. The collaboration was recorded over one session in August 2012 and mastered by American experimental guitarist and producer James Plotkin.