By PETER AARON
February 3, 2006
Sign in to view read count 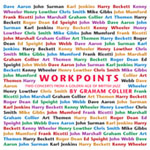 While leading figures like George Shearing, John McLaughlin, Evan Parker and Derek Bailey have long been revered, many pundits still greet the topic of early British jazz with a smirk and a wink—no doubt due to the high profiles of hokey Dixieland revivalists like Chris Barber and Acker Bilk. But thanks to a spate of new ear-opening reissues like Proper's four-CD Jazz in Britain: 1919-1950, Honest Jons' London is the Place for Me series, the recent Tubby Hayes releases on Harkit and Art of Life—and this excellent two-disc set by bassist/composer/bandleader Graham Collier on Cuneiform—it's becoming increasingly clear that much vintage Brit jazz is far less derivative than its reputation allows. If anything, the UK scene had come into its own by the 1960s to embody a style that is somehow distinctly "British, an approach that views composition and improvisation with equal measure.

Collier, who possesses a fiery, Mingus-like technique (as well as a pair of formidable mutton-chop sideburns), became the first English graduate of Boston's Berklee College of Music in 1963 and toured with the Tommy Dorsey "ghost band later that year. In 1967, he was awarded the Arts Council of Great Britain's very first jazz commission to create "Workpoints, the four-part suite that makes up most of this so-named set's first disc.

This music is largely through-composed, moving constantly through a changeable panorama of moods and frequently erupting into spells of uproarious blowing or descending into breaks by one or two players. Recorded in Southampton, England during the March 1968 debut tour of "Workpoints," disc one features the colossal Graham Collier Dozen, a unit stocked with such budding stalwarts as saxophonist John Surman and trumpeter Kenny Wheeler, future Brotherhood of Breath trumpeter Harry Beckett and two future Soft Machine members, multi-instrumentalist Karl Jenkins and drummer John Marshall. Collier's Mingus muse is out of the bag right away with the eighteen-minute opener, "Deep Dark Blue Centre, which sports a rollicking "prayer meeting bass line and dissonant section work from the brass and reeds. But, like the tile track and much else in Collier's oeuvre, the piece takes several decidedly less-Mingus turns into tuneful introspection.

Disc two comes from a 1975 Belgian concert by a sextet of Collier, Beckett, saxophonist Art Themen, guitarist Ed Speight, pianist Roger Dean and drummer John Webb. Leading off is "Little Ben, another eighteen-minute opus, but a much more open-ended one that's notable for some wild blowing by Beckett, Theman and Speight, whose mildly distorted tone hints at Mahavishnu McLaughlin's. This date includes still another four-part suite, the loosely written "Darius, from Collier's 1974 Mosaic LP of the same name (on that album the work is actually a five-piece composition; its "Part 2 is omitted here for reasons unclear). Reflective of the times is "Under the Pier, a funky blues marked by Dean's electric piano and Speight's soul-jazz wah-wah.

Covering a palette that ranges from free to modern big band sounds, Workpoints shines some much-deserved limelight on one of British jazz's most neglected figures.