Home » Articles » In The Biz

Why Don't People Listen to Your Music?

By MIKE RUBINI
April 9, 2013
Sign in to view read count
My name is Mike Rubini, and I'm pursuing a career in music. I have worked for All About Jazz as a social media consultant. This new column will focus heavily on a well-researched and thoughtful critique of major issues facing independent musicians and an in-depth analysis of the processes that can be used to understand the state of jazz music today.

This article was translated from Italian. 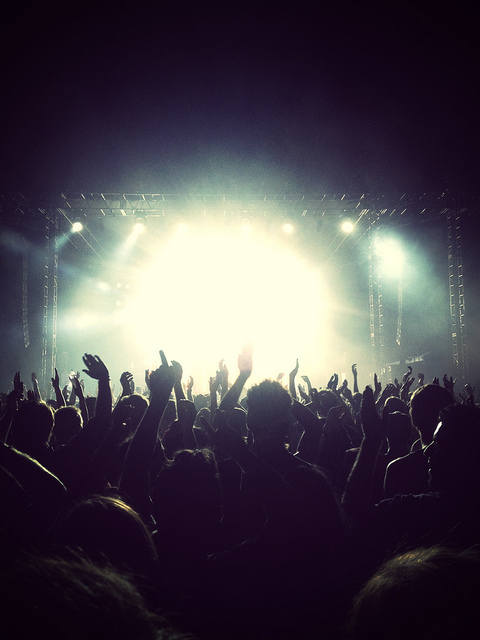 Music is communication. I believe communication is more valuable when it causes a change for all involved parties (in this particular case, musicians and their audiences). That is why I'm now interested in studying psychology and how behavior change works. I want to apply those concepts to find an alternative model to the music experience. We, as musicians, want exactly that—to use sound to convey an experience that moves others. That's our contribution to the world, in a way. When listeners leave after the concert, they should feel different, at least on a subconscious level. But to achieve that level of experience, listeners must truly listen and accept everything without any psychological barriers. How do we solve this problem? How can we make it a no-brainer for people to listen to our music?

Now, most of the musicians I know choose the easy path, but they walk through it in the wrong way. They choose not to make listening to music easier, but the music itself simpler. For me, music is everything, and making it easier to digest is not an acceptable solution. I feel that to adapt to the market, to trends, is wrong. Music shouldn't be about either making people have what they want or making people have what you want. It's not entertainment it's deeper than that. It's about sharing.

Therefore, we want to educate people with a step-by-step process, as pianist Bill Evans says in his documentary film, Universal Mind (Rhapsody Films, 1966). We want to facilitate the process of listening to music with baby steps for long-term changes.

So, why don't people attend our concerts? Why don't people listen deeply to music? I think it's about what it costs in terms of time, effort and money. Here are three factors that I'm working with to better reach listeners.

Attending concerts takes time; listening to music takes time. Time is a really big issue in music because there are different times going on when we play. Let's understand how this factor works from the listener's perspective. We have to understand that time is value and we should motivate the listeners to keep listening. We are responsible, as composers and performers, for their time. Why should someone listen to you rather than doing something else?

Here are some ideas about how to maximize your impact in less time:

a) Get to the point. Leave out any speech before the beginning of the concert. Let the music be the words you would say to the audience. Just let the music flow;

b) Change the format. The CD format is becoming vintage; just pack a USB or make a digital package with one or two tracks, but treat it like a new CD release. Aim for perfection. Live performances should be in-the-moment and affected by drama; recordings should be perfect. For those of you who might think the CD format is not old, I have three questions: Do you actually use it? Do you like to use it? Is the company who makes it trying to make it better for you?

c) Leave the audience wanting more. Perform concerts of 30 to 40 minutes, not more;

d) Change the context. Make them feel your music in everyday life. Do you really think you'll need to be onstage? Do you think you'll need that expensive sound equipment? I believe it's actually better to connect with people in such a space where you can feel them—feel their breath—so I would say: no;

e) Choose your audience. Keep out of the game people who do not care; let go of your expectations. People are lazy; they want to be motivated. In my experience, a core motivator that works is social acceptance: many people go to concerts because by doing so they can elevate their social status—but wait! I don't want that kind of audience! So how do I filter?

f) Build credibility. Tell people exactly what you did and how you came up with certain ideas for the music you will be presenting at the concert. They want to know about you;

g) Give them a context. Tell them where you have been playing (if relevant). Tell them stories, but be concise;

h) Be selective and very specific. By doing so, you will attract only those who are really interested in your work. Outrage people, challenge them with strong statements, take risks, be compelling. Again: you don't want everybody to be your fan. You just want the right people.

a) Cut out any distractions for them. Maybe even put the space in the dark so that the audience can focus on the music rather than complaining about everything else. Ideally, we want them to enjoy and live in the moment;

b) Pick comfortable venues. People want to get to and from the venue without hassle;

c) Building a habit, such as listening to music, is really difficult. That's why, as musicians, we need to set up a reward for our listeners, something that can push them to attend our concerts again. What about hosting a dinner after the concert? Or, giving them a recording of the performance they just listened to? Make up your own ways to say "thanks," and give people another reason to remember you;

d) In building a habit we also need consistency. People need to get used to attending your concerts or listening to your music. For example, set up a concert that will be held at X venue every Y day of the week for a month, no matter what, and see what happens.

For many people, $10 is too much for buying something intangible, like music. How about we cut that down? Maybe just have a $2 or $3 entry fee, but play multiple sets. If you are used to having a $10 entry fee for an hour-long concert, just do three 20-minute sets for a $3 entry fee. You'll get around the same amount, but by doing so, you will:

b) get to know your music rather than playing anything else;

c) guarantee that people will be more likely to listen to you again.

And how about having three 20 minute-long sets with three different bands for the same price? That way you would connect with other musicians, too. Also, we should consider the "free option." From a buyer/listener perspective, when an option is free, there is no risk to making a wrong decision. There is nothing to lose—nothing to spend. Because free eliminates the need to think, it enables a very easy mental shortcut: if there's an option that's free, take it! That is very important, if we want to build networks.

To make these ideas a reality, it's very important to build a network of musicians who embrace the philosophy described above. More musicians = more music to be shared = more venues = more money = more listeners. It's time to get together! It's also important to focus on one thing at a time and test different ways of approaching it. When a particular approach works, then proceed to the next thing. It's important to build systems.

In the past weeks, I ran several surveys both online and offline. The first one was about choosing the one factor that would more motivate someone to attend concerts. People were called to choose between money (tickets from $1 to $3), diversification (listening to more bands at the same concert), space (alternative venues), time (shorter sets) and networking (connecting with like-minded individuals). It turned out that money, diversification, and venues are the core factors in term of motivation.

The survey also revealed that the top factor is how much people like the artist. If the artist is "worth it," then the other considerations become trivial. That means that people attend concerts of artists they already know. Sadly, the unknown is becoming more and more unattractive, whereas the known is safer.

Annette says: "With eight stages, I can always find something I enjoy. If I don't like something, it is really easy to slip out and go check out another artist. Coffeehouses and bars offer a similar opportunity, albeit without the selection. But I can still walk out if I'm not into the music and I haven't wasted big money on a ticket."

Jamie says: "Money's price difference is too small to make a difference (I'm used to paying $25-$50). Diversification would be negative unless they were bands I wanted to see. Playing a shorter set would be negative if I actually wanted to see them. The place strikes me as odd because I can barely interact with the people I came with at a concert (I have to do that beforehand)."

In these comments I can easily address the common fears of listeners: (a) losing money on a concert of band/music they don't like;

(c) losing money and time on a shorter concert that doesn't fulfill them.

As musicians, we have to challenge these fears.

So, those were my ideas on the topic. To sum up, in the next months I'll experiment with:

1. Finding a new model for people to listen to music that actually works for both musicians and listeners who care;

2. Finding a relatively new model for sharing music, and giving away the best music I can possibly think of for free.

I'll do that by sharing ideas, creating attention, and educating people with a step-by-step process that facilitates the process of listening to music in terms of time, money and effort, in order to structure future long-term behaviors, reduce barriers and create networks.

So stay tuned, and thanks for reading.