By DENNIS HOLLINGSWORTH
March 16, 2005
Sign in to view read count 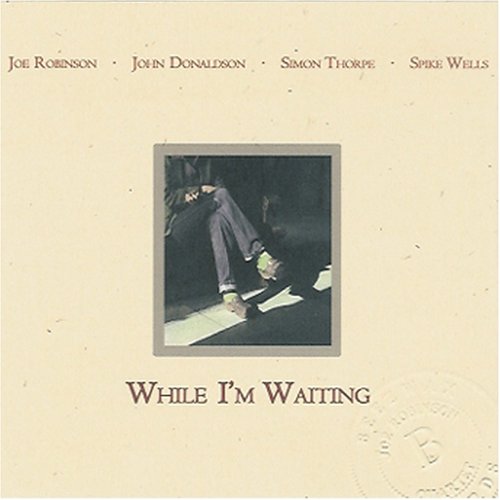 Joe Robinson hails from the seaside town of Brighton, England. The rest of his bandmates are Englishmen as well, but you will be hard pressed to determine their home base when listening to While I'm Waiting. If you enjoy mainstream tunes, well crafted solos, and playing that remains primarily inside the changes, you will find this recording right up your alley. Four of Robinson's original compositions are on hand to help set the tone on the date.

There is no groundbreaking technique or trendsetting improvisation found here. Nevertheless, there is a good deal of polish and the ensemble sounds relaxed and under control. Communication between bandmembers is first rate. These guys definitely know how to swing! Robinson's tone is reminiscent of Stan Getz, with a bit of Coleman Hawkins and Lester Young tossed in. His sound is rich and pleasant, filled with rhythmic accuracy and precise intonation.

Care was given in the choice of songs, with particular attention paid to tempos and style. Kenny Baron's "Voyage" opens the set in medium tempo with solos from everyone. Next is "Something New," played with a 6/8 Latin feel. "In Time" follows as an enjoyable slow ballad. The group uses a delicate flowing waltz for "While I'm Waiting," a suitable foil for the ballad.

Most rewarding is an up-tempo version of "The Hare." Robinson demonstrates excellent rapid-fire, on-top-of-the-beat soloing. Donaldson continues sprightly along the same path, followed by Well's crisp solo. Wayne Sorter's "Penelope" comes as a nice bookend to the set, given a treatment of calm and introspection. This is such a beautiful piece! The quartet plays it with interest and grace, reminding us all what a fine contribution Shorter gave to the jazz songbook.

The recording quality is impressive. The microphones have been placed to distinctly identify each instrument in the mix. Robinson's tenor rides just a tad out front. One might liken this recording to an old pair of jeans, not always the suitable choice but damned comfortable in the proper circumstance.