Shane Dylan: When It All Makes Sense

By JEROME WILSON
September 3, 2018
Sign in to view read count 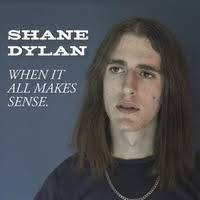 Shane Dylan is a young pianist studying at Boston's New England Conservatory who has put out a debut CD that tries to show the breadth of his musical interests. It is split into two halves, the first with more groove-oriented material, the second going in a more mainstream jazz direction.

The first half covers a lot of ground under the "groove" umbrella. Two of the tracks cover popular r'n'b songs. An atmospheric version of Erykah Badu's "Orange Moon" is sung by Jolee Gordon, with Evan Wright backing, as understated soul over a bed of strummed guitar and light-fingered piano. The singers swap places on a stirring, straightforward version of Michael Jackson's "Man In The Mirror" with Wright leading and Gordon accompanying. The rest of this half is instrumental. Dylan's piano creates thoughtful, relaxed progressions over Gengis Don's clipped drum beats on "Maya's Song" and Arlo Sims' guitar steps to the fore on "Isaiah" with tight, fluid runs over a more propulsive rhythm. Then there's a sparkling piano-trio version of "Old Man River" which starts with a slow, loping bass line that shifts mid-track to an up-tempo Second Line rhythm. Dylan really shows his abilities here as he drops down crystalline piano notes, and toys with the rhythm section's shifting beats with the slip-fingered elegance of Ahmad Jamal.

The second half of the CD presents the more straight-ahead jazz side of Dylan's music. He forms a really strong trio with bassist Evan Carley and drummer Mario Layne Fabrizio here, again showing his knack for locking into a good groove on tracks like the pleasant Gregory Porter stroll, "Insanity," the jaunty swinger "One Step Ahead," and the more turbulent Latin-flavored "Blind Eyes." However, the sound of the two saxophonists sometimes hold things back as Mike Talento on tenor and Jorge Roldan on alto come off both harsh and muffled, like they were playing too close to their microphones. Their tones can be overbearing, and sometimes overwhelm the piano trio's delicate interplay, something particularly noticeable on "Somewhere Far Away." Things do get better when they step back from the mikes on "One Step Ahead" and let their sound breathe. Like the first half of the CD, the standout track of this half is an old song, this time"Danny Boy." It is introduced by a slow, chiming piano figure and rolling drums before Roldan and Talento play the theme with quiet restraint. Then Dylan takes center stage with a wonderful solo, tinged with blues and sentiment, and the saxophones come back to ride the theme to a solemn climax.

Shane Dylan is a very promising musician with a playful touch and the ability to grasp real emotion in his music. This first effort is not perfect but some tracks, especially the frisky "Old Man River" and the powerful "Danny Boy," suggest he could be capable of great things.

Title: When It All Makes Sense | Year Released: 2018 | Record Label: Self Produced