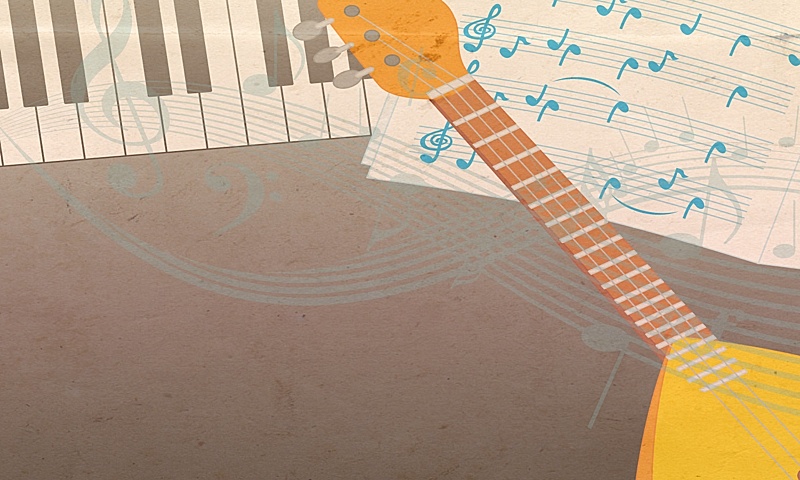 By JEFF FITZGERALD, GENIUS
August 12, 2013
Sign in to view read count
Being the Dean of American Jazz Humorists®, I am often called upon to weigh in on a variety of important issues affecting the future of Jazz. For instance, I weighed in at 294 pounds on the topic of "Why Jazz Still Matters" and a relatively svelte 275 on the topic of "Where is the Next Generation of Jazz Coming From?" I won the first debate by fall in 2:35, and the second by a 8-1 majority decision. So, let's consider those matters settled.

Still, there are a great many issues facing Jazz as the very fabric of society changes rapidly, almost daily. The most pressing, in my opinion is "What Is Jazz?" Or, more to the point, "What Is Jazz Right At This Moment?" The old definitions, which themselves were inadequate and vague, composed of personal biases and half-truths, are now completely antiquated. Just think about the difference between what defined the simple telephone thirty years ago, compared to today's reality of what a telephone is. And compare today's smartphones to what a telephone was just five years ago. The more you think about it, the more you realize not only how far things have come, and how quickly they are changing, but how much your own initial definitions are rooted in long-held ideas that no longer apply. Then, you will come to the conclusions that it's probably best to just say "to hell with it" and have a nice soothing glass of bourbon until your head stops spinning and you no longer feel like you're 150 years old.

For the longest time, Jazz could be more or less accurately described as "an acoustic, improvised music created in America by a melding of African and European influences using traditional instrumentation." It was, indeed acoustic; electric instrumentation didn't made any significant inroads, beyond the occasional use of the electric guitar, until the 1960s. It was predominantly improvised, using a predetermined melody and set progression of chord changes. It would grow less improvised with the strictly charted tunes of the Big Band era, with improvisation reserved for designated solos. Jazz would not be completely improvised until the advent of Free Jazz, and you see how that turned out. Our Music was indeed created in America, and mostly from African and European influences. But the mixing of those influences is so complex, so multifaceted, that it would almost be easier to make your own Worcestershire sauce at home than it would be to sort out the exact blend of influences that contributed to Jazz.

PROTIP: Do not attempt to make your own Worcestershire sauce at home. No good can come of it.

While these definitions still apply to some of Our Music, it is no longer descriptive of the entire purview of Jazz. Electric and electronic instruments now share the stage with the classic horns, strings and keyboards that have been standard instrumentation almost since the very beginning. It is incorporating more world music from Middle Eastern to Asian to wherever the hell it is Bobo Stenson is from. Improvisation, while still integral to Jazz, has been reigned in at least to the point where it is no longer acceptable to sound like you're pulling random strings of notes, heretofore undiscovered chords, and erratic rhythms out of your ass. And, on a related note, it is no longer possible for even the hippest cat to wear a fedora without coming off like a complete doof.

None of that really answers the question of what Jazz is right now, possibly because that is virtually impossible to define. Jazz is a living thing, as is all music (with the exception of the soulless top-forty nonsense that has been foisted on every generation since Mencken said that "no one ever went broke underestimating the taste of the American public"). Jazz breathes, it grows, it changes, it adapts. With Our Music, it is virtually impossible to play a tune the same way again. Some element will be different every time. As a Buddhist philosopher once said, that it is impossible to step into the same river twice. So, by comparing these two seemingly disparate ideas, it is easy to understand that the reason Jazz is not a more conventionally popular music is because the American public is all wet.

As a living thing, Jazz communicates with us. It does so in a manner far more complex than the insipid pop songs some people use to express their feelings (or, more likely, their sexual urges) to each other. I like to think of Jazz as somewhat akin to the Holy Spirit, interceding for us with "groanings which cannot be uttered" (Rom. 8:26, or thereabouts), a higher language that speaks to and for us above the nominal plane of ordinary existence. Thus, Our Music is in itself a highly personal communication, and as such, makes the music a completely unique experience to every listener. And because Jazz, at its best, exists completely in the moment of its creation, it is timeless in the sense that exists above and beyond the limited human constructs of time. Sort of like Terrence Malick's film Tree of Life, which just seems to go on for bloody ever.

Jazz is, in a very real sense, a combination of you and the music in the very moment of your experience with it. It doesn't matter if it was recorded in 1927 by Louis Armstrong and His Hot However Many Other Guys Were In the Studio That Day, or if you are sitting in your favorite local venue enjoying the work of any number of fine musicians who remain doggedly loyal to Our Music even though they'd probably get more gigs if they'd just cave in and become a Duran Duran cover band (which never really works out anyway. Everyone always wants to be Simon Le Bon).

It is also true that Jazz can only communicate if we are open to it; like anything else worth having in this life, you get out of it what you put into it. Unless you are the Coke machine next to my apartment complex's swimming pool, which arbitrarily decides when it is going to give me a Coke Zero and when it is just going to keep my damned dollar. Although, it has been known to give me two Coke Zeroes for my dollar, usually following a series of sharp blows and a long string of hard K sounds. And while I do not recommend the "punch and curse" method for getting more out of Jazz, but there's no reason why we can't give it a go on someone like Boney James just to make sure.

ADVERTISEMENT
To be open to Jazz, we must be willing to consider all possibilities. By that, I mean that we must remain open even to those things that do not fall within our comfort zone. For many years, I was content to believe that Jazz died with Coltrane, and that the music was in the hands of subsequent generations of librarians. Librarians know a great deal about the materials under their care, and serve a very important function of keeping them for future generations, but they add nothing to the body of work; they are curators, not creators. But I was wrong. When I allowed myself to step outside my comfort zone, and to consider that it was possible for good Jazz to be made even in a world where grown men are allowed to dress like teenagers and teenaged girls are allowed to hardly dress at all, I found that there was still a great deal of very good music being made today. And I could experience in it the same range and depth of emotions I felt when listening to Coltrane or Monk. True, Donny McCaslin is no Coltrane, but neither was anyone else. And if we are to be honest, we must admit that Coltrane wasn't transcendently brilliant all the time. In his later stages, particularly, even I will concede that some of those long, boundless, Free Jazz solos were more the musical equivalent of looking for one's car keys than they were searching for God between the notes.

What we will find once we begin looking beyond our comfort zone is that the more experiences we have with new sounds, not only does our appreciation for the current state of Our Music grow, but so does our understanding of all that has come before. The broadening of the mind sometimes takes us in unexpected directions. By listening to Medeski Martin & Wood, for example, I found that my admiration for Seventies Fusion increased 100%, from "none" to "more than not any." I found myself warming to Jaco Pastorius beyond simply recognizing his technical facility, appreciating the fullness of his artistry instead of just envying his chops. And speaking of chops, I found that by adding a couple of medium rare lamb chops to the mix, along with a bottle or two of reasonably priced Cabernet, I could sit through an entire Weather Report album without wanting to chew my own foot off.

We can never truly be without bias, without judgment. Nor can we ever completely do away with our own preferences. Fortunately, Jazz exists—before, now, and forever—to satisfy even our own limits, however near to the vest or far out on the periphery they may be. It may require more searching to discover our next favorite musician, but that's half the fun anyway. And it's nowhere near as difficult as it used to be. The Internet, this wonderful porn-soaked contraption of modern convenience, can literally lay the world at our fingertips. We are never more than a couple of mouse clicks away from our next favorite group, new favorite song, a nearby upcoming performance, or the hottest female celebrities being photographed getting out of a limo sans lingerie like she had absolutely no idea there would be a thousand cameras right there and the whole event would be uploaded to TMZ before she was halfway down the red carpet.

So, rambling back around to the point, the answer to the question "What Is Jazz?" can be stated succinctly—1,700 words later—as "Jazz is what you make of it, and what it makes of you." It can soothe or expand you only as much as you let it, but once you let it inside, be prepared for it to leave you better than you were. And you will leave Jazz better than when you found it, or be prepared to forfeit your security deposit. Seek Our Music where it may be found, which is pretty much all over the Internet (including, but not limited to, this great compendium of Jazz knowledge and information, All About Jazz), and remember that no representative of Jazz will never ask you for your user name or password.