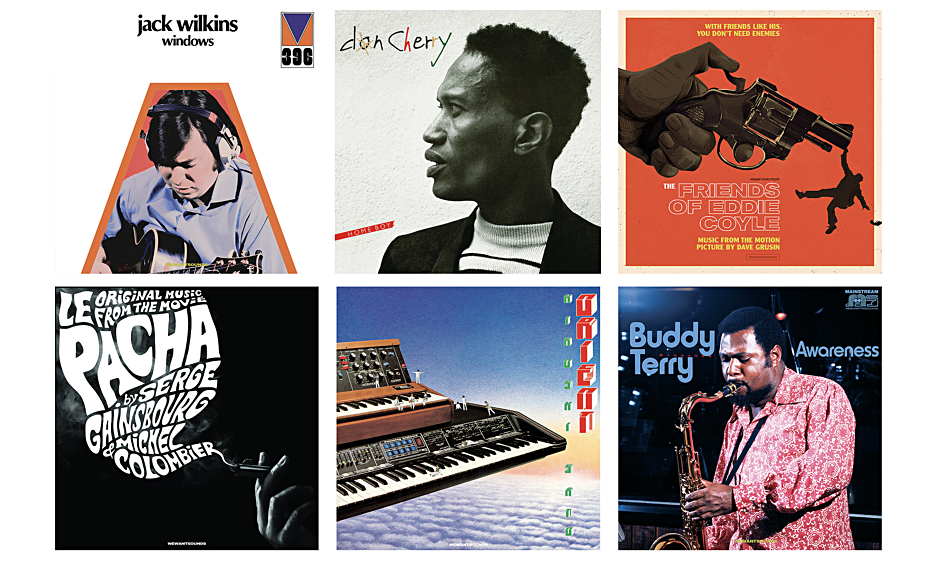 By ENRICO BETTINELLO
July 18, 2018
Sign in to view read count

We concentrate on vinyl, which is somehow a luxury item these days, so we want to make sure that the buyers get the best value for their money. We often opt for gatefold sleeves and inserts with new liner notes. It has become a defining characteristic of the label.

A forgotten gem from the extensive and multi-colored discography of Don Cherry is available again, courtesy of the French label WEWANTSOUNDS [yes, their name is uppercase only!].

Home Boy, Sister Out, produced by Ramuntcho Matta, was originally released in 1985 on Barclay Records. It was distributed in France and Germany only and was never reissued until now. Funky and fourth-world tinged, with strong influences from the new wave scene of those years, this amazing record reflects not only Don Cherry's broad sonic vision, but also the unique mix of sounds one could find in early '80s Paris. The album features, among others, avant-garde poet Brion Gysin, Senegalese drummer Abdoulaye Prosper Niang and the voice of Elli Medeiros. Fascinating and original, Home Boy, Sister Out is a remarkable record and it sparked our curiosity about WEWANTSOUNDS, the intriguing "reissues only" label which released it. So we had a good chat with the WEWANTSOUNDS crew

All About Jazz: Let's start from the beginning: when and how did WEWANTSOUNDS' adventure start? I know the crew has a long experience in the music business, but what drove you to this project?

WEWANTSOUNDS Crew: At some point or another, all of us worked for various labels focusing on artist development, a line of work that takes a lot of effort, time and money. Focusing on reissues was a way to start a label without having to go into artist development and the investments it requires. In addition, when you focus on reissues you are less dependent on artists, managers and touring schedules, which makes things way more manageable. It was also a way to indulge ourselves reissuing music we love.

All About Jazz: The label's statement is clear in stressing that your work is "regardless of the style or era of music." How do you choose the records to reissue and what are the criteria or priorities in your choices?

WWSC: There is no planned strategy. Usually we start from an impulse; then one idea leads to another, and things progress organically as we go along. Our market is DJ oriented, but it can go in many directions. In general, we share a love of black music and groove, so that groove element represents a common thread somehow... Other than that we do pretty much whatever we feel like.

AAJ: You recently reissued Home Boy, Sister Out by Don Cherry. I find this record incredibly interesting in terms of what was going on in those days, a kind of "fourth world" music that has always been a feature of Cherry's, but sometimes neglected. It's an interesting picture of Paris' scene as well... How difficult was it to secure the rights to reissue it? Did you deal directly with produced Ramuntcho Matta?

WWSC: We are huge Don Cherry fans. Don had already experimented a lot with that kind of sound, for instance on Brown Rice, which he had recorded for EMI Italia a few years earlier. Home Boy is a time capsule of the cool Paris sound of the early '80s, when Radio Nova appeared on the Paris horizon programming an incredible range of genres spanning from post-punk to reggae, from dub to funk and jazz.

The peculiarity of that scene was its strong connection with west African and West Indies elements, which resulted from France's relationship with its former colonies. There were great experiments going on at the time with producers like Martin Meissonnier or Hector Zazou and labels like Celluloid or Crammed which were mixing the New York downtown sound with other elements. Home Boy is very much a product of that scene. Ramuntcho Matta had spent a couple of years in New York and was mingling with musicians like Peter Gordon, The Talking Heads, Laurie Anderson and John Cage, so he was tuned to the sound of New York and when he came back to Paris in 1980, he naturally immersed himself in the Radio Nova scene spearheaded by people like Jean Francois Bizot, the son of a very rich family who, thanks to his frequent travels, brought a lot of interesting elements in the French scene and who was the boss of both Radio Nova and of Actuel Magazine. It was very easy to contact Ramuntcho, who produced Home Boy and owns the master. The album was only distributed in France and Germany, so he was very happy that the rest of the world finally gets to experience it, more than 30 years after its initial release.

AAJ: Another important title in your catalogue is the soundtrack of The Friends of Eddie Coyle by Dave Grusin, which was never released as a record. Was it difficult to get hold of the original tapes? Why do you think this kind of funk and cinematic sound is still so strong and current?

WWSC: We are big movie buffs and we came across this soundtrack watching the film, which was released almost exactly 45 years ago. The film was directed by Peter Yates, the director of "Bullit." Around 1967 Yates had shot Robbery which has this great car chase scene shot in the streets of London. Reportedly, when Steve McQueen saw the film he flipped and said "I want this guy to direct my next film" and that's how Bullitt was born. "The Friends of Eddie Coyle," which came out in 1973, is a great movie that, for strange reasons, didn't get the recognition it deserved. It's so cool, very atmospheric in a 'new Hollywood' kind of way. The first thing you notice when you watch it is how cool the music sounds. It's jazz but not jazz. It's very ambient and atmospheric and plays like a long suite. You can't really say it's a funk soundtrack but it's very funky in a way. It's pure Grusin. He had such a real sound. He did a lot of music for the "Columbo" series with Peter Falk, so there are a lot of sound signatures, like the way he used percussions, which come across as very familiar to your ears. It was easy to get hold of the tapes because it was reissued on CD for the American market a few years ago. The US label that reissued it later went out of business and had not released it on vinyl, so we seized the opportunity to do it on vinyl. We asked David Toop, who is a fan of the film and its soundtrack, to write the sleeve notes. Alternative film poster artist Oliver Barrett did the artwork which is beautiful. We were very happy with the final result.

AAJ: Are there other soundtracks you are planning to issue?

WWSC: Yes, but these are not done deals, so we can't say too much!

AAJ: Another interesting soundtrack is Serge Gainsbourg's Le Pacha. How would you frame this music into Gainbourg's protean career?

WWSC: Gainsbourg has composed many soundtracks through the years, so he was familiar with the genre. He would usually get the jobs and then he would enroll his arrangers to do most of the instrumental work, mainly people like Alain Goraguer, Michel Colombier (who famously did the Messe Pour le Temps Present with Pierre Henry) and Jean Claude Vannier.