By GLENN ASTARITA
January 9, 2011
Sign in to view read count
Track review of "One" 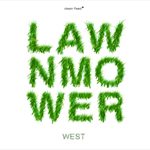 Eminent progressive jazz drummer Luther Gray rekindled the spirit of his youth when he listened to music, via his Walkman, while mowing the lawn. With a dual-guitar and bass-less lineup, this ensemble professes a unique identity as it intertwines blues, rock and the perimeters of free jazz into a cleverly designed forum. Here, the musicians inconspicuously dish out an album that carries a mark of distinction

On "One," guitarists Geoff Farina and Dan Littleton launch the festivities with a psychedelic, blues-inflected motif, spiced with tremolo and a laidback groove. Alto saxophonist Gary Hobbs then ups the ante via his gutsy and yearning choruses, where blues and avant-garde jazz attain equal ground. It's an ideology that yields fruitful dividends throughout the program, although each track stands on its own. During the song's bridge, Gray diverts the pulse during his temperate solo spot, following his band mates' frenzied onslaught.

Lawnmower is a sheer delight and West is an album that should not go unnoticed.