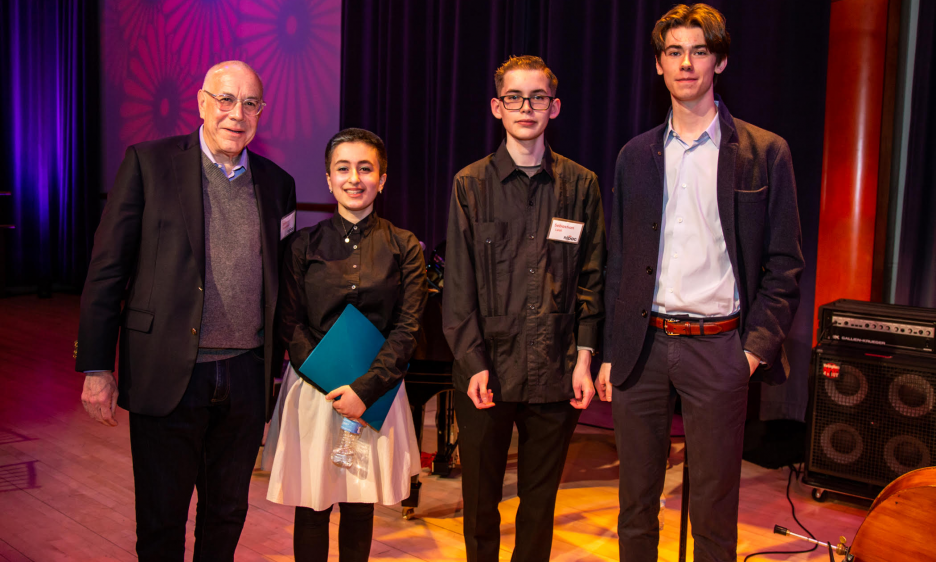 By Sanford Josephson
May 2, 2022
Sign in to view read count

We not only teach things through the curricula of pedagogy, but we’re giving first-hand accounts.
—Mark Gross

Clay Hudson grew up in a family "surrounded by music, and it rubbed off on me." Henry Spencer remembers that in the second grade at St. Luke's School in the West Village, "every student took drum lessons. I was the only one who stuck with it."

Hudson and Spencer, both drummers, are two of the 17 student musicians currently enrolled in the New Jersey Performing Arts Center's Wells Fargo Jazz for Teens program. Hudson, a resident of Maplewood, is a junior at Montclair Kimberley Academy; Spencer, who lives in Manhattan, is a junior at The Dalton School. Both are members of NJPAC's James Moody Jazz Orchestra, a large ensemble of students playing big band standards and original compositions under the guidance of alto saxophonist Mark Gross. Hudson and Spencer are also members of the George Wein Scholars Ensemble, a select group of WFJFT students who are personally mentored by Gross and the faculty. The last day of this semester is May 14, and at 3 p.m. in NJPAC's Chase Room, the JMJO and GWSE will present concerts revolving around the music of the late bassist/composer Charles Mingus, who would have turned 100 on April 22.

"All semester long we've been celebrating the centennial of Charles Mingus," said Gross. "Of course, there will be other selections as well, but mostly Charles Mingus is going to be the evening's focus. Because of what Mingus represented, not only as a bassist but as a socially conscious musician, we're going to feature some students' compositions about how they feel about what's going on, whatever that means to them, and how they voice it through their music. One of the things we highlight when talking about Mingus is how he used his music for good and for bad." The event is for the students' families and friends. It is not open to the public.

Gross, who has played with such jazz legends as trumpeter Nat Adderley and tenor saxophonist Jimmy Heath ("Jazz at SOPAC," Jersey Jazz, February 2022), has been the program's Director since 2015, but has been involved as an instructor for more than 20 years. This fall, WFJFT will be observing its 25th anniversary. "We were right at the inception of NJPAC," he said, "so, this has kind of been a staple arts education program for the institution for quite a while." The first Director was bassist Rufus Reid, followed by tenor saxophonist/flutist Don Braden. "It was Rufus Reid's brainchild," Gross added.

Two WFJFT faculty members have been on board since the beginning: trombonist Earl McIntyre, who spent more than 20 years with the Thad Jones-Mel Lewis Orchestra; and trumpeter Valery Ponomarev, a veteran of Art Blakey and the Jazz Messengers. "Between all of us," Gross added, "we're one, maybe two generations away from tracing this thing truly back to the inception and the roots of so many iconic figures of the music. We not only teach things through the curricula of pedagogy, but we're giving first-hand accounts. You can imagine a young kid hearing Valery talk about being on the road with Art Blakey or playing with Elvin Jones or Charles Mingus."

Hudson and Spencer, Gross said, are typical of Jazz for Teens students in that, "their commitment to the program has been exemplary. They're growing, growing, growing—in many ways even beyond the music."

To Hudson, a key element of the Jazz for Teens program is that, "You learn from the best. I would say that this program definitely is an opportunity for me to make jazz more personal. It's allowed me a more personal relationship with the music. I'm in other programs, but the fact that I'm here has opened up things that I never imagined before. It's with a sense of gratitude that I'm able to be here. It has impacted my life so much. I take what I learn here and transport it to other things."

Spencer pointed out that there are many places he could have gone in Manhattan to learn how to play jazz, but "I feel here they look at you as a person, and everybody helps you out. This is really the only actual ensemble experience I get regularly. It's not just like playing with one of my friends. Everyone here is so incredibly skilled."

On Sunday night, April 3, Spencer had an unusual opportunity to practice his skills in front of a live audience. He and two other Jazz for Teens students—pianist Lili Masoudi and bassist Sebastian Leal—played at a reception for current and future NJPAC donors that preceded the Diana Krall concert. Masoudi and Leal, Spencer said, have been in the Jazz for Teens program much longer than he has. "They're both the go-to pianist and bassist in the program. Of the 11 songs on our set list, two were compositions written by Lili. Not only is she an amazingly skilled pianist—and only 15 years old—but she's also a great composer. Partway through our set," he continued, "John Schreiber, NJPAC's CEO, welcomed the audience and introduced us musicians. It was a great musical environment."

In December 2019, Spencer was one of six student musicians from the Dalton Upper School Jazz Honors Band who played at an Independent School Music Association Jazz Honors Band concert held at the Horace Mann School in the Riverdale section of the Bronx. Saxophonist Steve Wilson was the guest conductor. "Since then, I've actually gotten to talk to Steve after a couple of shows that he played in—Christian McBride's Inside Straight group at the Village Vanguard and his Big Band at Dizzy's Club."

Hudson is part of a lively young music scene in Maplewood. A close friend of his, trumpeter Ace Williams, was one of three New Jersey-based student musicians accepted to Carnegie Hall's NYO Jazz Orchestra last year ("Carnegie Hall Youth Ensemble Will Have a New Jersey Cadence This Summer," Jersey Jazz, May 2021). "We've collaborated on programs, helped each other grow as musicians, as people, and as artists," he said. Other musical friends include the members of the Maplewood-based Baker Street Trio: drummer Ben Schwartz, bassist Ryoma Takenaga, and pianist Ben Collins-Siegel. All five of these student musicians played at the Montclair Jazz Festival's Grand Finale last September.

Hudson's favorite contemporary drummer is Karriem Riggins, but his heroes from the past are Art Blakey and Elvin Jones. Spencer points to Brian Blade as his most admired current drummer. As for older drummers, his top influence is Max Roach.

To Hudson, "Music has always been my consistent index." Will he pursue it as a career? "I wouldn't say it's clear right now," he said. "It's still up in the air." Spencer, however, definitely wants to do music professionally. "I don't know where my career will take me," he said. "I'm probably going to study jazz performance in college, and, after that, I'm not sure what style of music I'll play." One thing he is sure of. Wherever he winds up going to college, "I'd like to come back to New York because I love it here. There is such a concentration of great musicians."

The primary drumming instructor at Jazz for Teens is Alvester Garnett. "Alvester," said Gross, "will come in with his lesson plans," but he'll also "share first-hand experiences of taking lessons with Max Roach. I think what makes our program special is that all of our teachers—especially the older ones like myself—have had the personal accounts of being in New York during a time that, on any given night, you could go to any of these clubs. You could go see Art Blakey and the Jazz Messengers, Elvin Jones and the Jazz Machine, Freddie Hubbard, Cedar Walton. The list goes on and on and on." 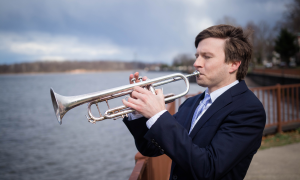 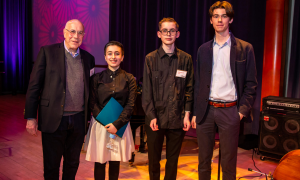 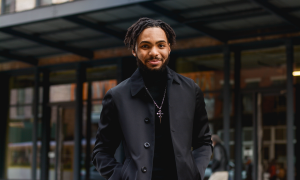 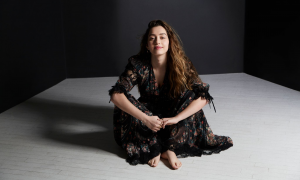