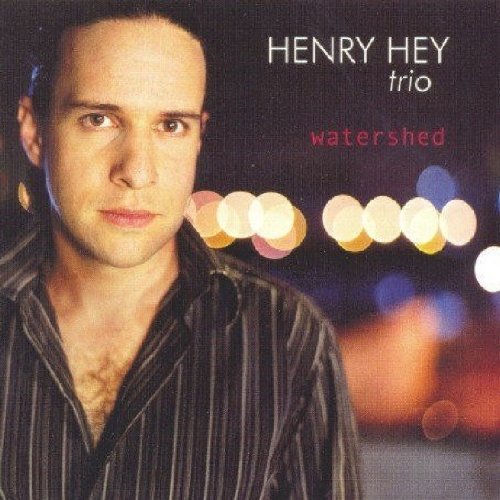 Henry Hey is a fine young pianist, and his trio works together with the precision of a Swiss watch. The problem I have with Watershed lies not with the performance but with the repertoire; all save one of the compositions are Hey’s, and none has enough allure to summon more than a temperate response. Granted, that is a purely subjective conclusion, one that can’t be quantified and has little to do with the trio’s performance, which is unequivocally first-rate.

On the other hand, I would prefer to hear a melody that stays in mind for more than a moment or two, one that prompts me to think, “Wow! That’s beautiful!” or “Geez! That really swings!” The closest Hey comes to sparking either reaction are “Cobalt” and “Not in So Many Words,” as lively as they are lovely but, even so, considerably short of memorable. “Laurito,” “Glenmore Story” and “Motion View” are rhythmically sturdy but melodically unassuming, while the other tunes are well-written but by and large unexciting. Hey and bassist John Hebert co-wrote “Sandscape,” Hermeto Pascoal “Nem Um Talvez.”

Where does that leave us? Well, Hey, as already noted, is a splendid musician, as are Hebert and drummer Jochen Rueckert, and there’s nothing unflattering that one can say about their performance. In fact, were they playing standards I’d probably award high marks all around. But they aren’t, and my appraisal is thus tempered by a lukewarm response to Hey’s compositions, which (to me) are as a rule respectable but no more so. Admittedly, it’s a viewpoint that can’t be rebutted without proof, also one that is wholly personal, and so I would encourage those who are unmoved by my argument to listen to the album and form their own opinion.

Motion View; Sandscape; Get Your Goat On; Glenmore Story; Nem Um Talvez; Cobalt; Knurl; Laurito; Not in So Many Words (55:31)