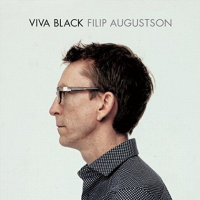 Swedish double bassist Filip Augustson leads a reasonable personal life and career. He recorded his debut album as a leader about ten years ago, Ich Bin Filip Augustson (Moserobie, 2004) and has collaborated with vibes player Mattias Ståhl's Ståhls Blå, sax players Fredrik Ljungkvist and Fredrik Nordstrom and keyboard player Mats Öberg. Augustson is a happily married father of two small children, and lives in a nice middle-class neighborhood in the suburbs of Stockholm.

Viva Black was conceived by Augustson as an attempt to challenge his somehow reductionist image as a musician, and to present his genre-blind, rich musical spectrum as a composer and improviser. The trio Viva Black was formed after a chance encounter with violinist Eva Lindal in 2012. Lindal specializes in Baroque and contemporary music, and is a member of the ensembles KammarensembleN, Katzen Kapell and REbaroque, and is also an excellent improviser. Viva Black is augmented by one of the most sought after drummers in the Swedish scene today, Christopher Cantillo.

The album offers a kaleidoscopic view of Augustson's creative language, in which jazz is defined as an attitude rather than a genre or style. The record begins with a melancholic, hymn-like piece "Desperadon!," inspired by the great Polish trumpeter Tomasz Stanko and cements the emphatic, inventive interplay of Augustson and Lindal, anchored by Cantillo's wise, spare drumming. Four collective,improvised pieces emphasize a more urgent and experimental approach, beautifully articulated on a tribute to the late Kenny Wheeler, "The Butterfly Left the Flower." The playful "Ituri" sounds like a modern folk dance, where Lindal's violin echoes Hardanger traditions. "Tensta Tango" enables the trio to form a touching, swinging tango that blends Argentinian and Finnish legacies. "Repetitivo Acrimasa" has a more contemporary, abstract tone.

Nothing is obvious with this trio. Their music is executed and flows brilliantly, in a manner that sketches their great potential.