By SEAN DIETRICH
August 2, 2010
Sign in to view read count
The oft forgotten recording studio. It's humble presence remains under-acclaimed. Electric lights suspended high above a giant mess of cables. Omniscient microphones standing tall, appraising the heart of arrogant musicians who approach. Scribbled papers rest on music stands, while heated brawls are incubated among hot headed horn players. This is where music is born. And yet many iconic studios, that have produced landmark recordings, are virtually absent from jazz-lore.

In the early 1930s Vic Damon was working as a teller for Trader's National Bank in Kansas City, when he decided to enter the budding field of audio recording. Ignoring the disapproval of his peers, he spent his savings on a collection of costly Berliner audio recording equipment. 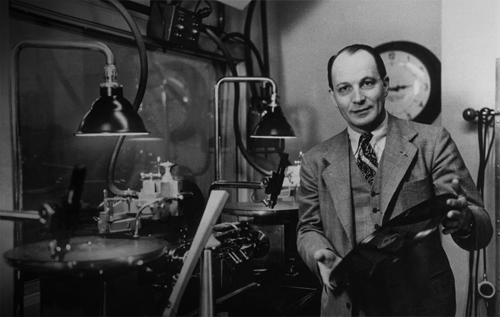 Kansas City, in the 1930s, was a bustling scene for blossoming jazz. Union railroad station was the central hub of booming America. Railroad weary musicians from the South, were mingling with big band musicians from the North. The resulting music potpourri was undeniably rich, and Vic Damon was determined to preserve, on black celluloid records, the pulse of this newly birthed music.

Damon set up shop in 1933, and became the only audio transcription lab in the city. Soon most of the well known musicians in the region were pining to record at Damon studio. As a result, a large volume of Kansas City's formative jazz comes from Damon's studio, including early music from Charlie Parker, Tommy Douglas, Julia Lee, Sandra Steele, the Scamps, Jay McShann and Marilyn Maye.

Early Bird (2000 Spotlite Records), is a compilation of Charlie Parker's very first recording sessions from Damon's studio. Familiar standards like "Body and Soul," and "Cherokee," show Parker floating alongside the Jay McShann Orchestra, with an unmistakably familiar presence. Through the hissing and scratching on the recordings, the listener is whisked backwards into 1942, and is able to witness a brief exhibition of Parker's early musical genius, thanks to Damon's studio.

1949. New York City. An era when real men smoked Lucky Strikes, and wore suits baseball games. Bebop was blazing in it's adolescence, and musicians with high dreams were herding to the big city to test their grit. During this fertile period, Columbia Records released it's hottest innovation yet. The long playing record. And with the rise of the LP record, came the unavoidable demand for a New York-based recording presence. 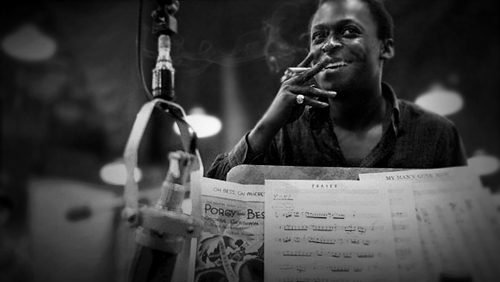 The 30th street studio served as a recording base for an ocean of music. Including the music of Louis Armstrong, Gene Krupa, Benny Goodman, Frank Sinatra, Teddy Wilson, and Leonard Bernstein. Columbia's studio swiftly raised the standard for sound quality, and spearheaded American music production.

No discussion on the subject of jazz recording would be complete without mentioning the Village Vanguard in New York City. Though the Vanguard is not exactly a recording studio, the club boasts more significant live recordings than any other. The Vanguard has been mightily present throughout every developmental phase of jazz, watching the tides continually change. 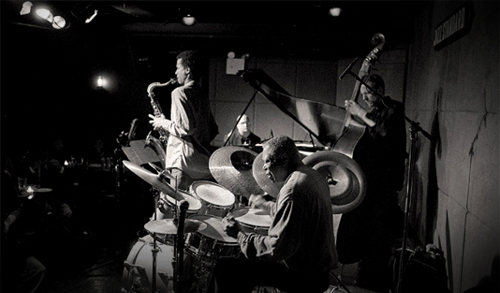 Due to its sublime acoustics, there is something extraordinary about the music recorded in the Vanguard's small 7th Avenue South basement. Musicians and technicians alike praise the pie-slice shaped room as the ideal environment for sound purity.

Since its opening in 1935, the Vanguard has seen a slide show of American history roll past it's front door. Witnessing the great depression, the civil rights movement, and the bombing of the twin towers. The Vanguard has withstood every economic test with the support of a more than loyal following. To this day, the Vanguard is considered the ultimate recording destination for live jazz.