By BRUCE LINDSAY
January 20, 2015
Sign in to view read count 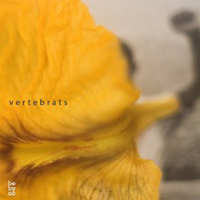 This is a bit of a monster. The David Mengual Free Spirits Big Band is a big Big Band—27 musicians—with impressive musical scope, mixing improvisation with written charts, original pieces with tunes by some of the best known and most respected composers of the last 300 years. Vertebrats is the band's third album—a richly varied, ambitious recording.

There's almost 90 minutes of music across these two CDs. It's organised into a series of six suites each of four to eight distinct tracks with individual tracks generally lasting for less than four minutes. Mengual, a Barcelona-based musician and educator, is the musical director, but arranger and pianist Toni Vaquer takes the vast majority of the writing credits.

Opening tune "Canicas" is a pretty, warm, composition featuring the horn section in a Gil Evans-like arrangement. By "El Resumen" the tempo and the tension has racked up: the emphasis remains on the horns but the dominance of the lower-register instruments beefs up the rhythm and the power.

The brief Suite No. 2 begins in more contemporary territory, with an altogether freer and more angular style showcased on "La Colonia de Formigues." The rest of the suite is calmer, combining warm, soft-toned horn parts with Vaquer's contrastingly brighter piano. The mood continues into the opening tunes of Suite No. 3, although things move up-tempo with the drive of "Climbing The Robles Peak." Mengual's "Toni Melassa" features The Octet: the (relatively) small band feel of the tune contrasts appealingly with the full-on sound of the Big Band.

These early moods are repeated through Suites 4 and 5. "Plaga de Ratas Siguendo a Flautista Enfermo" is another up-tempo tune, one of the most immediately enjoyable pieces on the album as Vaquer's piano evokes the darting and scratching of the titular rats. The energetic, prog-like "Las Cronicas de Saturno" hints at things to come in the final suite, "Free Spirits Groove" makes it clear that the band can deliver a danceable rhythm when called for. The band's left-field side is showcased on the pretty "Teo," which features the always welcome squeaky toys as well as the voice of an excited infant (presumably Teo?).

Following on from the original compositions of the preceding five suites, "Suite No. 6" doesn't quite work out. It's the Free Spirits Big Band's take on some classic rock—including Led Zeppelin's "Black Dog" and "Heartbreaker" and Jimi Hendrix' "Little Wing." The band certainly compete on volume with the originals (Enric Reinado lays down suitably heavy guitar on "Heartbreaker" and tuba player Amaiur Gonzalez brings a new harmonic and rhythmical approach to "Hey Joe"), but it lacks the punch of those classic rock bands—and the vocal talents of Robert Plant or Hendrix. In the company of these rockers Johann Sebastian Bach's "Bouree en Mi Mineur" might seem out of place, but there's a version of this to be found on Jethro Tull's Stand Up (Island Records, 1969) and of all the parts of this suite it's the one that best fits Vertebrats as a whole.