By NENAD GEORGIEVSKI
September 28, 2014
Sign in to view read count 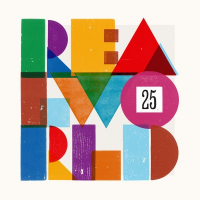 Probably there is no other popular artist in this shrinking world that has promoted various musics and cultures outside the Western world than singer Peter Gabriel. In the beginning, his solo records were influenced more and more by African music, especially its rhythms until those influences became an important and dominant trademark on his records. Then, in 1982, he got involved in World of Music and Dance festival (or WOMAD), a platform for cross-pollination of world music, which recently celebrated its 30th anniversary. Somehow this overlapped with Gabriel's enduring empathy with human rights and the increasing involvement with human-rights organizations, like the Amnesty International.

With the success of the watershed So (Geffen, 1986) and the help from MIT and US computer companies, Gabriel built a state of the art recording studio located in an 18th century mill house in the village of Box, near Bristol. This complex will record musicians from distant corners of this globe, house the WOMAD offices and will serve as headquarters for Gabriel's new Real World Records.

Founded in 1989, through the years, Real World Records grew into a hugely respected label, its reputation built on meticulously curating music from far —flung locations. Since then the label has released over 200 records. Real World 25 is a beautiful collection of some of the best, brightest and most representative music gems that the musicians under its umbrella have produced and given it to the world. Back in 1989, Real World exploded with Peter Gabriel's watershed soundtrack to Martin Scorsese's film The Last Temptation of Christ. The soundtrack was a genre defining record which gathered performances by a huge cast of musicians and the result was breathtaking music which stands among the finest. The first artist that signed to the label was the Qawwali singer, Nusrat Fateh Ali Khan whose album Mustt Mustt was released back in 1990 and since then he has released several others for the label. The title track of the albums serves as the opener to this collection.

But apart serving as a presentation of the label's catalogue, Real World 25 is probably one of the most comprehensive anthologies of world music out there. The music hails from all corners of the world, all fantastically represented here. What is evident is that some of the best and most popular representatives of this genre are present here, making it essential for newcomers. But the label has opened its doors not only to musicians that work strictly within the confines of their traditions but also innovative and ambitious artists who have married their traditional music with the popular music of today, like band Joi, which mixed Bengali music with breakbeat, Monsoon's vocalist Sheila Chandra and her experiments with voice and drones, duduk player Djivan Gasparyan who, like Nusrat Fateh Ali Khan worked with producer Michael Brook, and created the enchanting Black Rock, Afro Celt Sound System, the band which mixed African rhythms, celtic sounds with electronic beats. Composer Jocelyn Pook has used world music sounds and voices which have helped her enrich her musical Esperanto. Sevara's debut Yol Bolsin was produced by the late French producer and genius Hector Zazou, one of the earliest champions of world music, and the result was music inspired by the past, but was definitely looking towards the future.

Another example for reaching out to old traditions are the tracks by vocal groups such as Blind Boys of Alabama, a gospel choir, and the Creole choir of Cuba which have breathed new life to old and forgotten vocal traditions. Other artists featured here are groups such as Dub Colossus, Spiro, Portico Quartet, singers Papa Wemba, Geoffrey Oryema and plenty more. These are only a few of the offerings on this treasure trove that this label is offering. Spanning onto 3 cds with a handsome booklet that offers plenty of information Real World 25 stands not only as a reminder about this label's longevity, but also its quality.