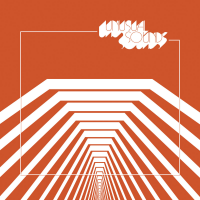 Library music—aka stock or production music—was first marketed in the 1920s, to be used by "picture palaces" showing silent movies. Its golden age came during the 1960s and 1970s, when it provided off-the-shelf incidental music for radio, television, film and advertising. Ever since Quentin Tarantino included recordings by one of that era's most prolific British library-music composers, Keith Mansfield, on the soundtracks for Kill Bill: Volume One (2003) and Grindhouse: Death Proof (2007), the genre has acquired a collectable retro-allure. And while a truckload of library dross was recorded back in the day, the best of the music—some of it often shot through with jazz elements—repays investigation.

Quality library music fascinates for several reasons. The "live" feel of the productions, which were usually one-take affairs with no overdubs, chimes with renewed appreciation of and nostalgia for real-time analogue culture. The music itself was made solely to evoke moods, situations and emotional responses, doing what music does best. Above all, despite being a no-frills commercial endeavour, library music could be singularly inventive—its creators were encouraged to find new and unexpected textures, effects and instrumental combinations, and recording sessions were typically supervised by the composers themselves, allowing them unfettered freedom in the studio. In Britain, electronic-music pioneers Basil Kirchin, John Baker and Ron Geesin paid the rent with library music, as did several prominent jazz musicians. The rarity today of the original pressings, which were produced in small numbers and never put on sale to the general public, is undoubtedly a further attraction for collectors.

Thousands of library albums were produced during the 1960s and 1970s and collectors are presented with a daunting range of choices in mostly uncharted territory. As a rule of thumb, anything originally released on the KPM Music and Music De Wolfe labels is worth checking out. So too is this twenty-track compilation Unusual Sounds: The Hidden History of Library Music, which opens with the aforementioned Keith Mansfield's "Funky Fanfare."

Unusual Sounds is by no means a jazz album, but jazz is one of the threads running through some of the tracks. Anyone wishing to delve deeper into British and mainland European jazz-informed library music of the 1960s and 1970s should make a beeline for three albums. Top of the list is Basil Kirchin's Abstractions Of The Industrial North (Music De Wolfe, 1966; reissued on Trunk Records, 2005). A contemporary of saxophonist Ronnie Scott, and a largely forgotten godfather of modern ambient music, Kirchin began his career in the late 1940s as a drummer in London dancehalls. In the late 1950s, recovering from a broken relationship, Kirchin, Beat-generation style, took to the road in India and the US, exploring classical raga and jazz traditions at source. By the mid 1960s, back in London, his approach to music had been transformed. Motor rhythms continued to be important, but were woven into impressionistic, multi-layered and, later, electronic scores. The elegant, wistful Abstractions of the Industrial North, an acoustic suite made with modernist jazz musicians including saxophonist and flautist Tubby Hayes, trumpeter Kenny Wheeler and vibraphonist Alan Branscombe, is among library music's most magical moments.

Third up is Le Jazzbeat! (Jazzman, 1999). Subtitled Jerk, Jazz And Psychobeat De France, the disc is a various-artists compilation of 1960s and 1970s lounge and soul-jazz-derived tracks originally made for the French label Sonimage. Paris-based Camerounian saxophonist Manu Dibango fronts "Wilderness," but most of the tracks are by the composer / bandleaders Claude Vasori and Eddie Warner, little known outside France. A second volume is almost as good.