By NENAD GEORGIEVSKI
September 4, 2013
Sign in to view read count 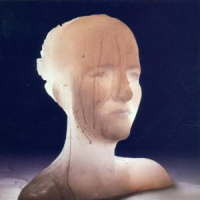 Composer Jocelyn Pook is one of the great treasures of the music world. The breadth and depth of influences and instrumentation incorporated into her work is almost unprecedented. Known primarily for her groundbreaking and imaginative soundtrack work for films and TV—seamlessly weaving into her work aspects of classical, world, electronic and early music in order to create a singular vision—she has forged a unique musical language where her compositions sound at once ancient and modern. Works such as The Merchant of Venice (Decca, 2005), Caotica Ana (Nuba records, 2007) or director Stanley Kubrick's Eyes Wide Shut (Reprise, 1999), who accidentally discovered her music and included it in the film, actually brought to light her own work to wider audiences, revealing a composer with a large scope and reach.

Apart from film and TV scoring, and work with theater and dance groups, Pook has released a series of acclaimed solo albums that also seamlessly combine different musics together, as if they were elements of a single genre or imaginary film soundtrack. Released in 2001, Untold Things bridges multiple worlds. The songs have an air of magic realism about them, an hallucinatory clarity sharpened by odd details and subliminal movements. Pook likes to use contrast, where the unexpected is knocking the familiar off balance and vice versa.

Each composition here is a world of its own, and the composer intuitively sketches both panorama and mystery within it. One unique aspect of this music is the way in which the vocalists and the instrumentalists relate in what seems a multi-layered mélange. Starting with easily grasped elementary melodic figures, Pook adds layer upon layer of expression by coloring tones with strange vocal sounds and creating strange interactions through quirky counterpoints. Each composition here is an intriguing sonic ecology. Sometimes the voices hold out sustained chords in the reverent sonority of a small choir, or rise in expressive solos, like an aria without words or a folk song from a culture remembered from a previous life. And some of those wondrous voices were sampled from various sources and were interwoven variously within the fabric, and as a result have contributed to this hypnotic palette of a near-constant movement of intriguing melodies and textures. The reissue includes two relatively new compositions: the beautiful "Adam's Lullaby" with singer Natasha Atlas on vocals, from the Habitation en Roma (Karonte, 2010) soundtrack, and "Ave Maria," which can be found in the music composed to accompany Akram Khan's theater work Desh (Pook music, 2013).

These 13 pieces, by turns poetic, spare, and expertly performed, create a seamless work, one that reflects different geographies and different histories of folk and classical music. But Pook's music is a music of connection, a bringing together of many different art forms and experiences. There is a deep spiritual element to all of her work, which is direct, heartfelt and honest without being deliberately naive or artificial.