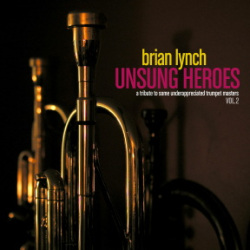 Trumpet tribute albums are a tricky business. There are those in jazz, like Miles Davis and Louis Armstrong, who have been endlessly saluted, creating a culture of mass appeal and celebration that's not always a good thing. On the surface, projects that praise these jazz heroes bring well-deserved exposure to their music and might, but they also narrow the scope of jazz, creating tunnel vision for how the history of this music is viewed. With every tribute to Davis, Armstrong and Dizzy Gillespie, opportunities to salute lesser-known figures of great musical skill are missed, and trumpeter Brian Lynch feels it's high time that these unsung heroes get their just desserts.

While the Grammy-winning Lynch may be best-known for his Latin leaning collaborations with high profile artists like pianist Eddie Palmieri or trombonist Conrad Herwig, he is also a keen promoter of those who came before him: Tribute To The Trumpet Masters (Sharp Nine, 2000) saluted some A-list trumpet artists like Freddie Hubbard, Thad Jones and Lee Morgan; with Unsung Heroes, Lynch digs even deeper to present musical appreciations for some stellar trumpet players that are often overlooked.

The CD's nine tracks are only a fraction of the music that Lynch recorded for this project, but they cover a wide variety of styles and deal with the compositional legacy of figures like Louis Smith, Tommy Turrentine and Idrees Sulieman. Smith's "Wetu," a tried-and-true Gillespie-style bop vehicle, is brimming with energy and confidence, while Sulieman's "Saturday Afternoon At Four" is an understated swing number. Turrentine takes top billing here, with two of his compositions included, and Charles Tolliver deserves a nod as the only figure to be honored on both this disc and Tribute To The Trumpet Masters. Tolliver's "House of Saud" is an aggressive number that features Lynch in a terrific and terrifying Tolliver-meets-Woody Shaw zone, while Turrentine's library is tapped for a ballad entry ("I Could Never Forget You") and some relaxed swing ("Big Red").

A third of the program features Lynch-penned pieces, which more than hold their own and often deal with his affinity for Latin jazz. "Further Arrivals"—dedicated to Kamau Adilifu and Charles Sullivan—features some stellar conga drumming from Vicente "Little Johnny" Rivero and Lynch delivers some delicious flugelhorn work on his tribute to Claudio Roditi ("RoditiSamba").

While all of the music on Unsung Heroes deserves mention, it doesn't tell the whole story. Unreleased music from these sessions, scores, sheet music and play-along tracks will all be available for purchase from Lynch's website. He even had the foresight to videotape the sessions for a future DVD release, making this project one of the most thorough multi-format releases ever created. With all of these options out there, this album will hopefully shine some much deserved recognition in the direction of these Unsung Heroes, as well as Brian Lynch, himself.