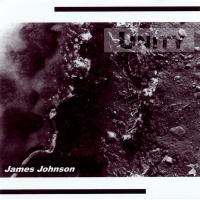 Ever since hearing Johnson’s Surrender, which is in my top five fav ambient releases, I was eager to hear this earlier work. I can hear now, the proto-forms, faint traces and olde tracks that lead to his current ambient space excellence.

This release opens with an incredibly similar sound to that found on the Eno release, paying tribute the Apollo missions. That Eno release was Apollo -Atmospheres & Soundtracks. “Forward” mirrors nicely the very best piece of that Eno release. The perfect mix of keyboards and synth embellishings are wonderful. I also hear that lush melodic ambience of Darshan Ambient here.

With “Flow” we are treated to a 15:20 cut that goes deeper into the depth of distant space with Jonn Serrie-styled drones and enveloping “glurps” or “gulpings” of booming synths calling to mind Roach or Rich. Very, very relaxing this stuff is!

“Return” has that Wendy Carlos feel of “Summer” from her first ground-breaking ambient experiment, Sonic Seasonings. I sensed a virtual heaviness of heat or a weighty, huge-winged fluttering of low-end, warping keys that pushed me “down” as if I was trying to walk on Jupiter. I also heard the drone-voicings that were like those used by Neil Nappe on his July release in the 80's. This track is a solid bridge into the final track.

“In Then Out” carries those heavy and deep drones from the prior cut and adds echoing mid to upper range chordal, synth breaths. The high-end clarion synths, almost like chimes or upper-register notes, come strolling in like the gentle melodic waltz theme found in Vangelis’ Antarctica. This 15:48 piece is like the perfect prelude to the bliss Johnson created on his later Surrender release. An excellent outro.

I have but one regret and minor whine/complaint to voice — and then praise to finish. Why is it that wonderful releases like this are under 45 minutes in duration? And also, why is it that splendid early artist releases like this one, and others of Johnson and even Roach, the well-known drone, which all hold such perfectly balanced restfulness and simplicity, are soon “forgotten”? What do I mean? It seems that early releases of many ambient space composers are near perfection. Then after two, three or more subsequent releases, things change, things are forgotten. Compositions get “cluttered”, busied with percussives or other extra special effects. When what happens is, an original musical vision changes or vanishes. I see it over and over.

Imagine a beautiful sunset with a few clouds reflecting the glory. Bliss! Then a few more clouds, and some trees in silhouette, and let’s add a mountain range, and over here a little house. Ah, paint in a flock of geese, and . . . oh yeah, a big suspension bridge too, and add another cloud here and there and — You see my point?

With apologies to James Johnson, I will here restate, his ambience is some of the globe’s very best. I am drawn to his simplicity and conservation of ambient compositions. Did I say minimalism? I am finding his work more pleasing to my soul than 90% of what is out there. I just hope Johnson never forgets the beauty of simplicity. Not all artists’ “growth” and “change” is needful. Some careful “pruning” makes for finer fruits in the long run.

Forward, Flow, Return, In Then Out

James Johnson - all synths and programming