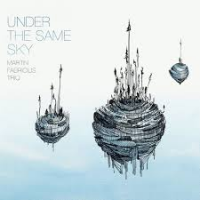 The vibraphone has come a long way—technically and aesthetically—since Lionel Hampton used it in a short, improvised introduction to Louis Armstrong's "Confessin,'" recorded with Les Hite's band in 1930. Back then, it was regarded primarily as a percussion instrument, and it is still categorized as tuned-percussion in the classical music world. Hampton was the first musician to give (almost) as much attention to harmony and melody as he did to rhythm when he was a featured soloist with the Benny Goodman Sextet in the mid 1930s. This may or not qualify Hampton as the first harmolodic jazz musician, but we can debate that on another occasion.

Meanwhile, fast-forwarding through swing musicians such as Red Norvo, boppers such as Milt Jackson, hard boppers such as Bobby Hutcherson, fusionists such as Gary Burton and jazz-funksters such as Roy Ayers—each of whom added further degrees of elegance to the original percussive template—we arrive in the new millennium and understated, nuanced players such as Denmark's Martin Fabricius.

Under The Same Sky is Fabricius' third album with his trio and it is, in his own words, "simple, calm and unflashy." To which a fourth word can be added: delightful. A practitioner of tai chi, Fabricius migrates the technique of meditation-through-movement to music. Clarinetist Tony Scott tried a similar thing with Music For Zen Meditation (Verve, 1965). A ludicrous title, as it happens, since zen meditation practice eschews the use of any focus point whatsoever. And Scott's album was, frankly, little more than a harbinger of new-age noodling. Under The Same Sky, on the other hand, has muscle and substance. The muscle is implied rather than made explicit, rather as tai chi is the non-martial equivalent of kung fu, but it is there—in the metres and phrasing Fabricius employs and in drummer Jacob Hatholt's preference for sticks over brushes. There are also real, hummable melodies to enjoy.

A quietly uplifting 45 minutes of music, Under The Same Sky is probably too subtle to initiate mental relaxation. To appreciate it you really need to be halfway there already. Then it hits the spot.