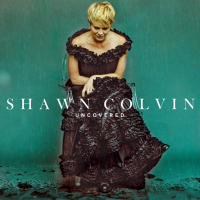 There are two trends occurring in popular music that are both equally welcome to "those of a certain age." These are classic rock titans or their later devotees, performing their landmark albums, from beginning to end, in concert. The Rolling Stones performing Sticky Fingers (Rolling Stones, 1971) in its entirety at Los Angeles' Fonda Theater, May 20, 2015 and Phish's "Musical Costume" presenting Little Feat's monumental Waiting for Columbus (Warner Bros., 1978) immediately come to mind.

The second trend are established artists recording a collection of cover tunes from other artists. The Band released a collection of rock 'in' roll gems on Moondog Matinee (Capitol, 1973) and in 2001, John Paul Hammond, Jr. released Wicked Grin (Pointblank), a collection of Tom Waits songs. Johnny Cash capped a legendary career with American IV: The Man Comes Around (Def American, 2002). Not that this production format is anything new. Jazz musicians made a dotage industry out of covering the Great American Songbook, so there is no surprise here. Only the grease in the gravy making everything richer.

Singer/composer Shawn Colvin released eight recordings over 25 years before turning her attention to cover material. Way more Suzanne Vega than Colbie Caillat, Colvin was a leader in the "new fold movement" arising out of the 1980s. She made several notable recordings, including a previous collection of cover tunes, Cover Girl (Columbia, 1994) and the Grammy-Award winning Steady On (Columbia, 1991). Colvin has developed and maintained a large following the envy of any niche artist. Uncovered is a nice follow-up to Cover Girl, bettering the latter with superior production and sonics.

Colvin opts for very simple instrumentation, her superb acoustic guitar playing augmented by an expertly rendered pedal steel guitar by Milo Deering. This is the most effective use of this demanding instrument since Bob Dylan's excellent use on Shadows in the Night (Columbia, 2015). Her song choices are as eclectic, surprising, and delightful as on Cover Girl. Bruce Springsteen's "Tougher than the Rest" opens the disc on the solid note of an artist whose vulnerable sound is her absolute strength. She transforms the Brenton Wood's R&B classic "Just Give Me A Little Sign" coupled with singer Marc Cohen (David Crosby appears on Baker Street). The Band's "Acadian Driftwood" is given a potent performance, dense with pathos and tears. Colvin covering Creedence Clearwater Revival's "Lodi" is about as close to musical heaven as we can get.

The high water mark of Uncovered occurs early on Paul Simon's American Tune. This song, if never heard before, could be identified as Simon's in two measures. What Colvin brings to the piece is the voice. There is a rare point of perfection where voice and lyrics come together making music. On this recording, it occurs in the bridge of Simon's song, with Colvin approaching the clause, "And high above my eyes could clearly see / The Statue of Liberty / Sailing away to sea / And I dreamed I was flying..."

Tougher than the Rest; American Tune; Baker Street; Hold On; I Used to be King; Private Universe; Heaven is Ten Zillion Light Years Away; Gimme a Little Sign; Acadian Driftwood; Lodi; Not a Drop of Rain; ‘Til I Get it Right.