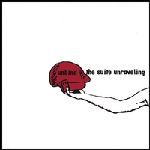 With the release of the outstanding Unbind, guitarist/composer Lily Maase continues to hone her musico-philosophic voice. She and her quintet, theSuiteUnraveling have created music that lives at the boundaries of jazz and progressive or art rock, being neither and both, with a message that is profoundly uplifting.

The band is different from that on her previous release Aftermath (LMS, 2005) released more than two years ago. That was her Texas band, while theSuiteUnraveling is her New York band, although bassist Matt Wigton and drummer Fred Kennedy know Maase from Texas. Joining them are alto and soprano saxophonist Peter Van Huffel whose own album Silvester Battlefield (Fresh Sound New Talent, 2007) was released to high acclaim and tenor saxophonist Evan Smith.

Maase's compositional style, at least at this point in her career, is (usually) to tie together a very strong and memorable thematic phrase and place it within the context of a specific mood. The intersection of the two is developed through the arrangement, which has both controlled and free sections deftly spliced together.

The music that comes out of this process is both intensely personal and abstractly utopian. It beckons the listener to enter Maase's world of emotion and sound and explore it along with her; one does not remain detached for very long. Each piece has an identity that is fleshed out by the band within the limits of the arrangement. The personalities of these particular band members take the music in a specific direction—a different band would create something else.

The music is driven by its bottom, and Wigton and Kennedy are a superb unit. Wigton's sound is extremely tight and powerful and his unerring rhythmic sense meshes perfectly with Kennedy's multi-phase driving pulse. Van Huffel and Smith play in front of this snarling beast both as a team in harmony and separately. Van Huffel is particularly effective on the higher horns and manages to play "inside" and "outside" the basically static harmony.

Behind all of this is Maase's guitar, which she uses less as a single-line instrument and more as way to give harmonic color, but not by simply strumming. She uses many different techniques that help shape the overall sound.

Unbind, while having twelve tracks, is an organic whole. With one exception, the main tracks are surrounded by short electronic-laden vignettes that cleanse the ears. They separate and connect what precedes and what follows, providing an emotional bridge.

Containing actual masterpieces such as "Made To Be Broken," "The Great Escape" and "Anaphora" and with "Reduction Sketch" not far behind, Unbind is a thrilling and fulfilling work of sound and emotion.