U2: No Line on the Horizon

By NENAD GEORGIEVSKI
March 8, 2009
Sign in to view read count 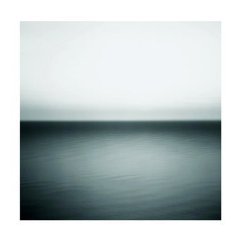 How many bands in this rapidly shrinking, downloadable world can stir up as much fuss and anticipation with each new album release as U2? The answer, arguably, is "none." There aren't many other bands who can match U2's longevity, taste and voracious appetite for experimentation—their music is always forward looking, and always executed with style. For the last 30 years, their career has been going forwards and upwards, delivering some of rock's watershed albums.

Over the years, U2 have repeatedly asked their fans to follow them round some unexpected corners, and No Line On The Horizon—which comes out over four years after the seminal How To Dismantle An Atomic Bomb (Interscope Records, 2004)—is no exception. The band has proven once more to be unpredictable and mutable. And not only has U2's music changed over the years, it also changes from track to track. No Line On The Horizon is a poignant aural journey into the creative music process. While no U2 album may be as immediate and approachable as those of other bands, with each listen it becomes clear that U2 have again produced a magnificent album, one that will stand tall in their back catalogue.

Not a single note has been wasted. You can feel it when an album has been worked on with such a care for detail as this one. Opening with "No Line On The Horizon" was a good move; its strong, pulsing bass and droning, noisy, reverbed guitar sit over punchy drums, while the vocals to raise the melody up above it all. The track features some very welcome, intense guitar, with Bono singing choruses such as "Infinity is a great place to start."

Things get even better with tracks like "Magnificent" and "Moment Of Surrender." "Magnificent" is one of the most memorable songs here, combining a strong rhythm section with a beautiful vocal melody, and backed by myriad different sounds. Bono's still got to try that gospel thing though. "Moment Of Surrender" takes the slow-building gospel route in the manner of "Stuck In A Moment" and it sounds more like a mantra than a song. Another favorite is "Unknown Dialer," a melodic song with computer-reference lyrics and inspired group vocals. It really is an uplifting track, with Edge's chiming guitar ending it all gracefully.

Adam Clayton's melodic bass lines are integral to many of the songs, adding a range of textures and locking in with Larry Mullen's crisp, incisive drumming to make a suitably "monster" rhythm section. As on many other records, The Edge's guitar work is a treat. His sonic explorations have always been of as much interest to him as his fingers-on-strings playing. As a result, he has stretched what his instrument can or should sound like to the limit, so that it sometimes sounds like anything other than a guitar. Bono sings at the top of his strength and register as well.

Themes of war and animosity appear frequently among the songs. "Get On Your Boots," a straight-ahead rocker with punchy rhythms and fluid bass lines, was inspired by Bono taking his family to a fun fair in France just before the war in Iraq, to see airplanes flying south and east over their heads. The soul-searching "White As Snow" finds U2 employing a warm, subtly intricate approach that always has a special place on their agenda. The melody was adapted from a 12th century hymn, "Oh Come, Oh Come, Emmanuel," and is part of the soundtrack for Jim Sheridan's film Brothers. This contemplative ballad is based on the dying thoughts of a soldier in Afghanistan and it lasts the length of time it takes him to die. This is probably the most moving song on the disc and it finds beauty and fleeting peace in spite of the ugliness. The closing track, "Cedars Of Lebanon," which opens with samples from Brian Eno's and Harold Budd's ambient records, is delivered from the standpoint of a burn-out war correspondent.

"Fez—Being Born" is another standout cut and the one that most retains resonances from the Moroccan sessions at which the album's basic tracks were recorded. The intro is based on loops recorded on location, with Bono echoing in the background, "Let me in the sound." It is a typically hypnotic piece that bursts into a heavy, riffing song mixed with shuffling, North African-informed beats subdued by the guitar riffs. Bono's voice takes the track to an extraordinary emotional climax.

It is predictable that because of this album's experimental nature it will be compared to Achtung Baby (Island, 1991), Zooropa (Island, 1993) and Pop (Polygram, 1997). Whether U2 will ever produce anything comparable to Achtung Baby is unlikely. It's a tough gig improving on perfection. Achtung Baby was the sound of a group ready for a change, displaying a restlessness and even unsteadiness that ended up serving the songs well. This is not the case here.

But sometimes you have to annoy some people in order to make a great record. No Line On The Horizon may not be the crowning achievement in U2's illustrious career, but it is one of many great ones.

No Line On The Horizon; Magnificent; Moment Of Surrender; Unknown Dialer; I'll Go Crazy If I Don't Go Crazy Tonight; Get On Your Boots; Stand Up Comedy; Fez—Being Born; White As Snow; Breathe; Cedars of Lebanon.

U2 Extended Analysis Nenad Georgievski United States U2: No Line on the Horizon