By GLENN ASTARITA
November 16, 2011
Sign in to view read count 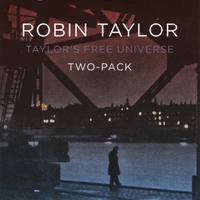 Taylor has been carrying the prog torch since 1991 and is a mainstay in the newer slants of this genre, where the classic concepts attain a fruitful medium with expansive persuasions. Composed of firm back-beats, cascading keys, and linear progressions, the program is partly designed with chunky, distortion-based guitar parts with primary soloist and longtime band mate, saxophonist Karsten Vogel's vibrant phrasings.

Within various movements and bridge sections, the band summons an appeasing balance between loosely articulated dialogues and spiraling crescendos. As expected, Taylor is a multitasking machine, performing on keys, bass, guitars, and percussion, tendering a surging muse and broad plane for the musicians, who abide by a democratic consensus that seeds the synergistic output evidenced throughout.