By JOHN EYLES
February 26, 2014
Sign in to view read count
The Intonema label released its first CDs in 2011 and has maintained a steady stream of noteworthy releases since, the current pair bringing the total to ten. One of the more remarkable features of Intonema is that it is a Russian label, based in St Petersburg—surely a measure of how far the world has evolved since the days when the only improvised music that emerged from the USSR (as it was at the time) had been smuggled out before being released on the nascent Leo label and championed by its redoubtable proprietor, Leo Feigin. Now that the Iron Curtain has been consigned to history, Intonema features not only Russian musicians but ever-increasing numbers of foreign players—to the extent that none of the three musicians on the two releases considered below is Russian. But, whatever the nationality of the players, Intonema remains consistently true to the strap line on its website: "Improvised & contemporary music, experimental & weird stuff." Speaking of which... 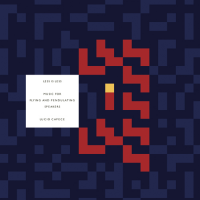 Berlin-based Argentine-born Lucio Capece first came to prominence as an improvising soprano saxophonist and bass clarinetist in the company of such distinguished bandmates as Rhodri Davies, Toshimaru Nakamura and Axel Dörner. Gradually his music evolved, adding preparations to his reed instruments, plus electronics and the drones of the harmonium-like Indian sruti box. By the time of his first solo album, Zero Plus Zero (Potlatch, 2012), the sruti box, sine waves and other electronics were dominant over the reeds. Less is Less—Music for Flying and Pendulating Speakers consists of two tracks, the first recorded live at the Zoom In festival for improvised music in Bern cathedral, Switzerland, in October 2012 and the second at Capece's Berlin studio in May 2013. As the album title hints, for it Capece adopted a very different methodology compared to past recordings.

The day before the performance in Bern cathedral, he made recordings of the space by placing a microphone inside cardboard tubes of different dimensions. He then used the resulting pitches to build a sort of long tone melody. In the performance, the recordings of the venue were played through fixed speakers, and sine waves through three wireless speakers suspended from Helium balloons—impressive photographs in the accompanying booklet show the three speakers, suspended from red, yellow and blue balloons, floating in the nave of the cathedral. Capece joins in on soprano sax, the sound of which is largely masked by the sine waves. As a live experience, it must have been breathtaking, with the recording capturing the music well, but not the spectacle itself. The music is multilayered and rich in detail, creating the clear impression that several things are happening simultaneously, independent of each other. At the live event, it must have been difficult for audience members to know where to look or what to focus on; the advantage of the recorded version is that each listening becomes a different experience, as it is highly unlikely it would ever become familiar or predictable.

By comparison, the studio-recorded piece sounds cleaner and more controlled, being more of a throbbing drone with fewer extraneous sounds than the live recording. In keeping with the piece's title, "Music for Pendulums and Sine Waves in Different Tuning Systems," much of the music originated from three suspended speakers, two of them playing sine waves in three different tuning systems—Just Intonation, Pythagorean Heptatonic and Twelve Tone Equal Temperament—while the third caused feedback created by a cassette recorder. In addition Capece played a few pitched sounds on an analog synthesiser amplified by a contact speaker stuck to a Helium balloon. Ultimately, such details pale into insignificance beside the beauty of the music itself. Two contrasting pieces, very different, but combining to make this a stunning album. 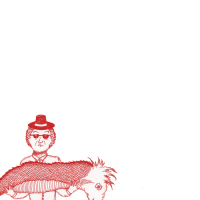 Where the Lucio Capece album provides extensive documentation of the methodology employed plus photographic evidence, by comparison Vile Cretin is decidedly minimalist, to the extent that it is not entirely clear that Vile Cretin is not just the album title but the duo name too. Beyond the basic spine credits, the cover of the duo's debut contains no information at all, its only decoration being a cartoon drawing by Nick Hoffman—which we know as that information is inscribed on the disc itself, along with track titles and durations plus producer credits for Intonema proprietors Mikhail Ershov and Ilia Belorukov. But there are no details of what instruments Vile Cretin—Spaniard Miguel A. Garcia (a.k.a. Xedh) and American Nick Hoffman (a.k.a. Katchmare)—played. All we are told is that the four tracks—total duration forty-two minutes—were "composed and recorded spring 2013."

Once the album begins, no further information is necessary; everything we must know is contained in the music itself, and all the listener need do is surrender to it and go with the flow of the soundscapes crafted by Garcia and Hoffman. Along the way, the pair employ field recordings (sometimes literally—the album opens to the distinctive sound of chirruping cicadas), electronics (even mimicking cicadas and other insects), sound samples (an atmospherically tolling bell on "Amo de los Gusanos" is shockingly followed by the sound of breaking glass!) plus strategically placed silences, blended together with the taste and instincts of natural story-tellers; as with the sleeve, knowing when it is most effective to say little or nothing is an enviable skill... The four pieces are radically different to one another, between them covering a wide range of moods and dynamic levels. The one thing they have in common is that they make irresistible listening, in equal measures fascinating and gripping. More please, Intonema!

Less is Less—Music for Flying and Pendulating Speakers 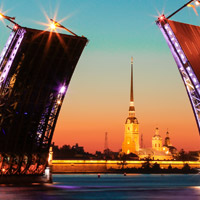