Two Helpings of Hurst: Bob Ya Head and Unrehurst Volume 2

By DAN BILAWSKY
May 4, 2011
Sign in to view read count
Robert Hurst has been an in-demand bassist for more than a quarter century, yet his leader dates have been sporadic and scant. Hurst came to prominence in the mid 1980s, first as a member of Out of the Blue and then as a key figure in bands lead by trumpeter Wynton Marsalis and saxophonist Branford Marsalis, but he significantly broadened his experiences when he joined Branford in the The Tonight Show band. When the saxophonist departed, Hurst stayed on with the new leader—guitarist Kevin Eubanks—for another six years, and racked up an impressive list of studio credits that covered soundtracks—Men In Black (1997) and Ocean's Eleven (2001)—and other high profile work.

Though Hurst left The Tonight Show at the turn of the century, he's kept busy in the ensuing years. His résumé since that time has featured work with a diverse crowd of A-listers that includes everybody from singers Diana Krall and Bette Midler to reeds player Charles Lloyd and trumpeter Chris Botti. All of this activity, coupled with live recording and his role in education—as an Associate Professor of Music at The University of Michigan—explains why his pre-2011 leader dates can be counted on one hand...with a few fingers left over.

Hurst's role as a leader may have taken a back seat to his other work in the past, but those days seem to be done. Hurst has simultaneously released two discs on his own Bebob label, and each one shows off a different side of his musical persona. 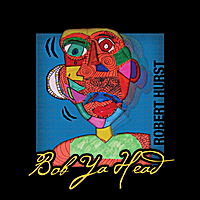 Bob Ya Head is a highly produced outing that speaks to Hurst's studio savvy and deals with musical areas on the fringe of jazz. Hurst touches on tribal tropicalia with a two horn front line ("Forty Four"), appealing Afro-pop with children's voices cheerily chanting away ("Optimism"), Afro-soul with a sleek sound ("Comes You Comes Love"), and a variety of other far-reaching material.

Vocal samples of Malcolm X ("X Static") and, both President Bush and President Obama ("Unintellectual Property") are slipped into the album, and Hurst touches on a variety of rhythmic elements to flesh out some of his music. Aspects of electronica and drum 'n' bass are mixed into funky foundations on several pieces, and vocal beatboxing ("Oral Roberto") even plays a part.

While a good amount of the material doesn't let the instrumentalists roam free, both horn players earn their stripes when they get some space ("Forty Four" and "Alice And John") and Hurst lets it all hang out on a few occasions ("Obama Victory Dance" and the arco introduction to "Comes You Comes Love"). While some might criticize the bassist for trying to cover too much ground on this one album, few can argue that Hurst knows his way around a studio, and the strongest material ("Optimism" and "Alice And John") also makes an argument for Hurst's prowess as a producer and composer. 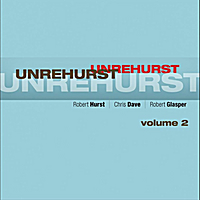 Bob Ya Head is a work befitting somebody with great experience in the studio scene, but the in-the-moment magic created on a bandstand can be found on Unrehurst Volume 2. This trio album comes nine years after the first volume and presents a set of music that crackles with energy and power. It was recorded live—without rehearsals—at New York City's Smoke and, as the saying goes, where there's smoke, there's fire.

The five lengthy performances on this disc are constantly remolded and born anew as Hurst, pianist Robert Glasper and drummer Chris Dave collectively cut and slice through the material with the skill of surgeons, the reflexes and stamina of professional athletes, and the minds of mad geniuses. One listen to the opening track—Cole Porter's "I Love You"—is enough to truly understand what this trio can do. Unaccompanied solos, overlapping and interlocking motifs, cross rhythms that rub against one another, paranoid piano lines and agitated elements of all kinds are mixed together into a seventeen minute tour-de-force display of trio mastery.

The band continues on their journey with a Glasper-penned jazz waltz with an attractive piano introduction. Dave delivers some terrific drum work, shifting constantly from high to low energy episodes over his trio mates, but he gets even more space to shine on his introduction to "Bob's 5/4 Tune." Dave's drum work starts things off, but Hurst's thick, ringing bass tones take over. While the rhythmic direction comes off like a blurry, lopsided waltz at first, the band settles into a comfortable feel in five and they continue with their provocative rhythmic pursuits. "Monk's Dream" features Glasper's rippling right hand runs, authentic Thelonious Monk-isms and fine solo trading between Glasper and Dave, and Hurst's own "Bob's Blues" brings the album to a close.

Of the two albums, this setting seems to suit Robert Hurst best, and certainly warrants the idea of a volume 3. But both helpings of Hurst are nutrient-rich programs that provide a well-rounded view of his immense musical gifts.