By MIKE PERCIACCANTE
May 25, 2014
Sign in to view read count 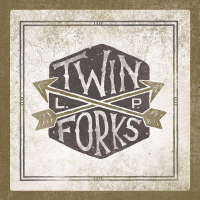 It's safe to say that alternative, emo, indie rockers Dashboard Confessional's lead singer/chief songwriter, Chris Carrabba had become the posterboy for his generation and the fans of the genre. After 2009's Alter the ending (DGC/Interscope/Vagrant), Dashboard Confessional went on what is now clearly an indefinite recording hiatus. The band can't fully be called a thing of the past because as recently as 2011, Carrabba was touring in honor of the band's debut release The Swiss Army Romance (Drive Thru Records, 2000). However, fans have been left wondering what had become of Dashboard Confessional.

In short, Carrabba wasn't satisfied with the direction that his music (at that time) was taking him. He decided to do something different. He enlisted (The Narrative's) Suzie Zeldin to play mandolin and sing, bassist Jonathan Clark and drummer Ben Homola. Together they have crafted a roots-based CD of Americana that is unique, crisp, folksy, melodic, poppy, wistful, subtle, introspective, atmospheric and accessible. The feel and texture of the lyrics and music found on the album can best be described as the bastard child of Dashboard Confessional and Mumford & Sons as influenced by his/her favorite uncle, The Lumineers. In many ways it's a cross between soft rock, bluegrass and Celtic music.

While "Back to You," the foot-stomping hook-laden "Something We Just Know," the playful "Cross My Mind," "Scraping up the Pieces" and "Can't Be Broken," (which now serves at the album's opening track) were all included on the band's first official release, the Twin Forks EP (Dine Alone Records) released in September 2013, the songs somehow sound even better when listed to in the full album setting where they flow and fit seamlessly together with songs like "Kiss Me Darlin'" (which tells a tale of love at first sight), 'Reasoned and Roughened," "Plans," "Danger," "Come On," the mellow "Done is Done" and "Who's Looking Out."

Twin Forks is a very consistent album. Carrabba's unpretentious, straightforward and down-to-earth take on neo-folk is both heart-warming and heart-wrenching. Carrabba has always written and sung about love, life and romance (failed and occasionally fulfilled). With the Twin Forks band, he is now doing it in a more mature setting.

Don't be surprised if you hear it next time you venture to your local (aren't they all local because they're everywhere) Starbucks...or at any other coffee house you may frequent.

The group will be on tour during the spring and summer months of 2014 in support of Augustana in the U.S. and City And Colour in Europe, with the Baron sisters (Kimmy and Kelsie) replacing Zeldin and drummer Shawn Zorn replacing Homola.

Can't Be Broken; Cross My Mind; Back To You; Kiss Me Darlin'; Scraping Up the Pieces; Something We Just Know; Danger; Reasoned and Roughened; Plans; Done Is Done; Come On; Who's Looking Out.