By JOHN BRICKER
October 6, 2018
Sign in to view read count 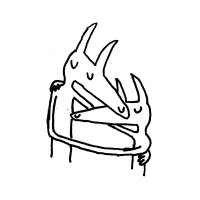 Car Seat Headrest's Twin Fantasy is an inspiring, emotional, thrillingly composed and powerfully performed indie rock masterwork. After singer/songwriter Will Toledo independently recorded and released five albums under the Car Seat Headrest name, he released the original Twin Fantasy (Self Produced, 2011). This Bandcamp classic overflowed with visceral performances and ambitious songwriting, but the raw vocals and roughly mixed instrumentation held the record back from truly earning its status.

While the worst tracks on the original Twin Fantasy bordered on unlistenable, the lesser tracks on the 2018 version actually contain some of the record's best moments.

"Sober To Death" delivers a striking mix of folksy acoustic arpeggios, watery electric guitars, spacey drums and a charmingly boyish performance by Toledo. The song's progression is fairly predictable until the outro, where the band switches time signatures in between measures, from stripped back waltz to high-octane punk, while Toledo belts out, "Don't worry, you and me won't be alone no more." This juxtaposition of warring production and reassuring lyrics makes "Sober To Death" unique and cathartic, despite its traditional opening.

While tracks like "Sober To Death" offer great moments, they pale in comparison to Twin Fantasy's overwhelming highlights, songs so tightly composed and polished that they feel like entire albums.

"Bodys" opens with a simple electric guitar groove and quickly builds into a joyful frenzy of relentless bass lines and layered vocals. The chorus is impossibly rewarding, with Katz drowning the band in cymbal crashes while Toledo screams his heart out, stuttering as he asks someone to dance with him. The song's final chorus pulls together lyrics and melodies from all over the song and pours them out over the band's collective fever pitch. "Bodys" more than makes up for its conventional structure with tight songwriting and pure passion.

While "Bodys" makes conventional power pop as fulfilling as possible, Twin Fantasy's second track, "Beach Life-In-Death," goes much further than conventional song structure would allow, stretching past 13 minutes and delivering a self-contained songwriting masterclass. Toledo delivers a breathtaking performance over distorted, relentless guitars, pairing understated calls with screamed, echoey responses as he delivers shy, deflated lines about pretending to be drunk while coming out to his friends.

When the chorus hits with an explosion of distortion and a propulsive beach rock beat, Toledo asks, "Do you have something against dogs?" He belts out this odd question like an emotional revelation, making it a perfect foundation for the chorus's existential and hard-hitting lyrics. "It should be called anti-depression," Will screams. "Because it's not the sadness that hurts you: It's the brain's reaction against it." And then, at its most violently passionate, the band vanishes, replaced by muted guitars. Car Seat Headrest uses gentle harmonies and spacey drums to create a piece of soft-spoken shoegaze, crammed between two legs of heart-pounding surfer rock. The track closes with anthemic chanting, haunting imagery, and instrumentation that just keeps growing and ascending. This track's progression from surfer jam, to lo-fi ballad and, finally, into an indie rock anthem make it Twin Fantasy's most satisfyingly complete song.

As strong as some of the individual songs on Twin Fantasy are, the way that the track list flows together is what makes this album a masterpiece. Twin Fantasy's last songs all melt into one emotional finale, bringing back motifs from previous tracks to give the album an extra dose of closure.

The penultimate "Famous Prophets (Stars)" is a 16-minute rock epic. In the track's first leg, a simple bass line builds into a soaring mess of distorted riffs and huge drums, juxtaposed with sections of soft harmonies and sorrowful lyrics. Eventually the song dynamically resets, building on a new meditative bass line and returning anthemic vocals from "Beach Life-In-Death." The track cools down with simple piano balladry, accompanied by Toledo's strained boyish lyrics and breathtaking falsetto harmonies. Even after this cool down, "Famous Prophets" stretches six minutes longer than its 2011 source material to deliver one last triumphant outro and finally close with a Bible passage, used in context as a reflection of Toledo's desire to be truly known by a significant other: "For now we see only a reflection as in a mirror; then we shall see face to face. Now I know in part; then I shall know fully, even as I am fully known."

The album closes with "Twin Fantasy (Those Boys)," a surreal, bittersweet song with dreamy organ, sparse drums and Toledo's strained lyrics about two lovers finally united. Toledo also delivers a spoken word passage, revealing just how fanciful this relationship truly is. "This is a version of me and you that can exist outside of everything else," he mumbles. "And if it is just a fantasy, then anything can happen from here." The album ends with soaring instrumentation and vocal harmonies building around a hopeful, modified lyric from "Beach Life-In-Death": "When I come back you'll still be here."

This ending perfectly sums up what makes Twin Fantasy a masterpiece. This album may just tell the story of lovesick daydreams, but the raw emotion that fuels the record is anything but fake. And with this reimagined version, Toledo had the support and resources to make his vision a reality, giving crushing weight to every bittersweet word and note. The result is one of the most dense, tightly-composed, crushing, beautiful albums of the decade. Do yourself a favor: Listen to Twin Fantasy and get ready to remember how powerful music is.