Trumpet From On High 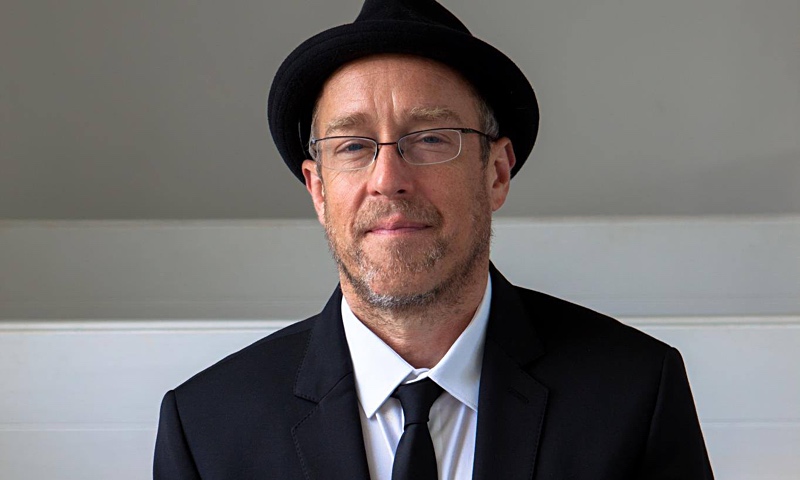 By JEFF FITZGERALD, GENIUS
May 4, 2017
Sign in to view read count

How the hell he went from New York to Alberta is probably an interesting story in itself. I’ll bet it had something to do with a rogue element of the RCMP and the elite group of Jazz artists who double as international crime fighters. Kind of like INTERPOL, with rhythm.

I recently celebrated my sixteenth anniversary at AAJ with a quiet ceremony held in the mahogany-paneled Writer's Lounge at AAJ Headquarters in Philadelphia. I'm not much of a cake person, but there were cheesesteaks from Sonny's and enough alcohol to get an entire fraternity through a regulation 30-day month. Commodore Ricci and my fellow member of the Southern contingent C. Michael Bailey were there. A good time was had by all, and most of the charges will eventually either be dropped or reduced to misdemeanors.

During the festivities, one member of our stalwart band of longtime contributors asked me a very pointed question, "Why don't you ever profile more recent Jazz artists?" I pointed out that I have, in fact, profiled such current luminaries as Kurt Rosenwinkel, Bill Carrothers, and Brad Mehldau. "But that was years ago," they protested, "a lot has changed in Jazz since then." I pointed out that, as far as Our Music is concerned, change is the only constant and everything old is new again. And then the whole thing turned into a pointless megillah much like that "tastes great/less filling" polemic.

Upon reflection, though, I decided that I had been neglecting the cutting edge of Jazz. Part of the reason, of course, is that Jazz is not one monolithic thing measured by sheer popularity like Top-40 music. In fact, the Digital Age has caused Our Music to dissolve like an Alka Seltzer, and trying to document it is like trying to follow each individual bubble. Jazz doesn't have superstars, at least not the same as other genres of music have. Our artists are more individuals, less into chasing trends or courting fleeting fame like pop stars do. I'd mention some pop stars by name, just as examples, but for the fact that I lost track of pop culture somewhere in the late Eighties.

Those of us involved in Jazz in any sort of regular fashion can come up with a list of current "big names" in Jazz. But I'd bet that, if you asked twenty people, you'd get twenty radically different lists. But of the few names that might be on every list, I'd be willing to bet the remainder of this article on the fact that Dave Douglas would be one of them.

Dave Douglas was born on March 24, 1963, in East Orange, New Jersey. Little is known about his formative years, because no one has had the prescience to update the Wikipedia page from which I get most of my background information. I do know that he attended Phillips Exeter Academy in New Hampshire, but apparently discovered Jazz while abroad in Spain, which is the very textbook definition of taking the long way home. When he graduated, he studied at both the prestigious Berklee* College of Music and the New England Conservatory. Both are located in Boston, a town known for the then-hapless Red Sox.

So it is no surprise that Dave moved to the Big Apple in 1984 to study at New York University, where he could be close to both the perennial champion Yankees and the Mets (who, not coincidentally, defeated the Red Sox for the World Series title in 1986). Whether Dave gives a damn about baseball is unknown, but I do and this is my column so just deal with it. It was in New York that Dave came to the attention of the legendary Horace Silver. He would tour Europe with Silver in 1987, since there wasn't much happening in NYC that year. The freaking Minnesota Twins won the World Series in '87, for crissakes. The miserable Redskins won the Super Bowl. Who wouldn't want to be touring Europe with that sort of thing going on here at home?

Once returned to the grand old US of A, Dave proceeded to perform in the Masada Quartet with John Zorn and, I presume, two other guys. The quartet blended Jewish klezmer music with the works of Ornette Coleman and the sandwiches of Katz's Deli on East Houston St. This quartet was considered one of Zorn's best ensembles, because have you had the pastrami at Katz's? I'd drive non-stop from my home in Roanoke, Virginia, to the lower East Side (of what?) to get a sandwich. And, of course, I'd listen to Dave Douglas the whole way. I wouldn't want you to think I'm taking this profile gig lightly.

It was also around this time that Dave (I call him Dave, you can call him whatever you want) has led a variety of groups. Remember that one group with the string trio? That was him. So was the Tiny Bell Trio (not to be confused with the Tinkerbell Trio, because we'd have Disney's lawyers crawling up our posteriors, or the Taco Bell Trio, which is just silly), and Dave's own sextet (which sounds funnier than it actually is).

The trio consisted of trumpet, guitar, and drums, and merged Eastern European folk music with Jazz. As enraged as I am by folk music, I'm willing to give him a pass on this one because it's more Balkan in origin and not some overeducated cracker singing dreadfully earnest songs about corn. As for the sextet, it featured trumpet, tenor sax, trombone, piano, bass, and drums. It was originally a septet, but the guy playing kazoo dropped out to start his own hip hop group. With the sextet, Dave concentrated on pieces inspired by great—or at least, very good—Jazz composers. Their first album was a tribute to Booker Little, so you decide.

You'd think that with all this going on, Dave would have no time to do anything else. You'd be wrong. But then, you knew that. I wouldn't have baited you with that sentence otherwise. Dave had plenty of time for all sorts of different ensembles, like a quartet featuring trumpet, violin, accordion and bass. This group was called Charms of the Night Sky, which is a bit wordy even for a Jazz group. Again, Dave mixed Eastern European and Jewish folk influences in what was looking to be a sort of trend. The group produced another album, A Thousand Evenings, in 2000. They rushed to get that release out before the whole Y2K thing ended civilization as we know it, but we know how that turned out.

I could go on and on listing various groups and their releases, but that would be as boring as the source Wikipedia article I had to dredge through for the background information I couldn't find on Dave's own website. [Note to Dave: Have you ever thought about jazzing up your "About Me" section? No pun intended]

Let's pretend that last paragraph never happened, shall we kids?

Dave also served as the artistic director of the Banff Workshop in Jazz and Creative Music in the Canadian Rockies from 2002-2012. How the hell he went from New York to Alberta is probably an interesting story in itself. I'll bet it had something to do with a rogue element of the RCMP and the elite group of Jazz artists who double as international crime fighters. Kind of like INTERPOL, with rhythm. He also co-founded the Festival of New Trumpet Music, a non-profit charity that fosters new ideas for the trumpet (up to, but not including, blowing into the big end).

Moseying on back around to the point, Dave has recorded more than forty albums as a band leader. I'd list them, if I were desperate to chew AAJ's server space, but we're 1,200 words in so I'm feeling pretty good about getting this thing in at my usual 1,500 words without having to resort to lists. He has also produced over fifty albums, counting those he produced for his own Greenleaf Music label, and has worked with an array of modern era musicians, including GeniusDome favorite Donny McCaslin.

It says something about the state of Our Music that someone as heavily credentialed as Dave is not yet a household name. Even among households that love it, his might not be one of the faces that would be on a modern-day Mount Rushmore of Jazz. As I said earlier, ask any twenty Jazz fans and you'd get twenty different answers. But he's as good a place as any to start explaining Our Music to newcomers and outsiders, if in fact Jazz needs any explanation at all. As is often said about religion, to those who have experienced it, no explanation is necessary. To those who have not experienced it, no explanation is possible.

As for my sixteen years here at All About Jazz, I honestly can't think of a better place to ply my trade. I thank you all for welcoming my peculiar talents into your digital living spaces all these years, and I thank AAJ for giving me a place to be as silly as I dare to be without regard to actually having to make sense occasionally. Here's looking forward to another sixteen years. Who knows, in the next decade and a half, it might be Dave Douglas whom everyone knows and Ed Sheeran (who?) that someone like me—but not me—must write a half-assed profile of.