By Friedrich Kunzmann
December 22, 2017
Sign in to view read count 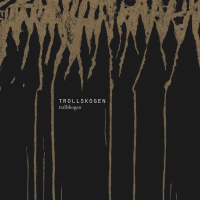 Think Jazz, Pop, some Fusion, then add a large spoon full of Scandinavian folklore and the result still won't quite amount to the flabbergasting blend that is Trallskogen's debut album Trollkskogen. Initially born out of a project for a performance at the Hochschule für Musik Saar, where singer/composer  Annika Jonsson studied jazz-vocals from 2011 to 2016, Trallskogen has in the meantime become her main musical outlet on her 2017 founded label Nikasounds. The original and melodic mix of above mentioned styles put on display challenges the listener in the best possible way.

The most striking element on this record is the multitude of different approaches to vocal manipulation. In order to fully integrate absolute authenticity to the compositions, Annika undertook intense research for transcriptions and audio recordings of Swedish folklore in Stockholm, where she stumbled upon ancient recordings of Swedish troubadours (Trallsänger), leading to the titles and main influence on the band as well as the album.

After a long ambient intro, that emphatically sets the mood, The album's title tune slowly unfolds, presenting Annika's unique voice, that on this particular track seems to constantly build around the exact melodious scale with micro-tonal variations. The folkloric melodies—delivered exclusively in Swedish—and unique singing technique stand in contrast to the modern instrumentation, which is embedded in a reverb heavy room. The jam candidly comes to an end with a minute-long drum solo.

Structures generally tend to collapse and resurrect into something completely new and unforeseeable, making Trollskogen a truly exciting experience. The piano introduces a cheerful melody on mostly instrumental "Bergtrall," joined shortly after by the guitar before the entire band deconstructs it in most improvisational manner. The ending returns to more harmonious spheres, led by wordless echoing chant from Annika. "Älvdans" on the other hand demonstrates more jumpy and rhythmically complex notions—a catchy chorus, reminiscent of Jethro Tull, serving as a basis to structurally hold things together.

Contrasting elements are presented within compositions as well as from song to song, at times expressed by a specific timbre and at others by the compositional approach. "Han drack" demonstrates these notions as it opens with atmospheric improvisation and ends up in archetypal jazz progressions, emphasized by a poignant walking bass line. Just when the album seems to have climaxed in ever changing styles with the quietly closing Folk song "Farväl," a hidden track resuscitates the pulse with upbeat drum n bass patterns and melodious scatting in unison with guitar.

Despite such vast variety of styles mixed together, this young formation succeeds at presenting a conceptually homogeneous collection of pieces that constantly grips the listeners attention without sounding pretentious or forced. It is also within the unspoiledly 'naïve' approach to composition that lies the strength of Trollskogen presenting what feels like uncharted territory.