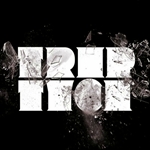 Young saxophonist Justin Vasquez acquits himself assertively on this 2009 debut, adapting the model of the tough Texas tenors to his own assiduous Austin alto. But that convenient alliterative to Vasquez's lone star origins belies his true lineage in the modern, slashing altoist mold carved out by the likes of David Binney,Greg Osby, Steve Coleman and Kenny Garrett.

Possessing all the firepower necessary to fuel an over-the-top debut, Vasquez upped the ante by exercising restraint, pulling together a band full of likewise ripping yet refined players. But it's the presence of guitarist Adam Rogers, in a compelling sideman appearance exceeding the consistently exceptional level that makes him New York's premier sessioneer, that lifts the game of all assembled.

The kickoff title provides ample evidence that the entire unit treated this as more than a session, displaying exceptionally tight ensemble work exceeding that of many bands. A cyclical, kinetic progression in seven is stated by Aaron Parks on piano, but a contrary, much prettier, melodic line undulates voluptuously over the jagged accompaniment. In another surprise, Vasquez wisely concedes the first statement of the melody to the remarkable instrument possessed by vocalist Gretchen Parlato. No wonder, as he reserves the right to complicate matters in a heavy unison passage phrased with Rogers in the bridge section. Picking up the solo section on a big exhale, Rogers doesn't take long to unfurl imposing lines like kite twine unraveling from the wind supplied by Parks' comping and drummer Clarence Penn's exhortations. Rogers' lines have a presence and precision that projects off the fretboard and out of the speakers, even over drums placed high in the mix, because of a right hand technique so efficient that air pops as though his pick possesses its own piezo-pickup.

Not one to back down, Vasquez uncorks his own winner, hanging on the long tones before unleashing a volley of his own, using more scalar than chromatic phrases over the vamp section. Bop is in his vocabulary as well, as emphasized on "Nimbus," a composition stemming from, but providing a twist on the modal tradition. Rogers activates the afterburners immediately in a stunning turn, demonstrating nothing less than the modern-day state of bop guitar. Vasquez's take is again less bop than line based, highlighting an advanced pentatonic vocabulary.

"Fields" is another captivating composition, moving through several related sections, increasing in emotive content throughout, utilizing different combinations of front-line horns, including Vasquez on soprano, John Ellis on bass clarinet and Gregoire Maret on harmonica. Parks' patient solo, growing melodically and organically out of the song, plays a critical part in the development of the composition. Finally, Rogers' crystalline steel strumming floats out Ellis' pleasingly low restatement of the melody, which seamlessly transforms into Vasquez' screaming soprano climax.

The conceptual thrust and modern sound of Vasquez, combined with a committed assembled cast, especially the invaluable contributions of Rogers, pushes this into the category of essential debuts.

Triptych; Nimbus; Invitation; Fields; One & Only; Red, Green, Blue; End Of The Day; Stella By Starlight.