By DOUG COLLETTE
September 23, 2007
Sign in to view read count
The cover graphic of guitarist/singer Trey Anastasio's new album depicts a train negotiating a precarious turn on a mountain precipice with ever-so-deft precision. It's an apt metaphor for Anastasio's post-Phish career and his vocation in general.

The Horseshoe Curve betrays none of the overt marketplace compromise represented by Anastasio's Shine (Columbia, 2005). And while it is the second release on the independently distributed Rubber Jungle label of Anastasio's own devise, it carries no overt signs of a personal statement set to song that marked its predecessor, Bar 17 (Rubber Jungle, 2006). 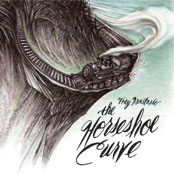 This understated, all-instrumental album says more with less, and the music resounds all the more for the message inherent in its concept and production (music takes precedence over personality). A seamless mix of studio tracks and segments recorded live with a horn- augmented big band, this forty-five minutes set captures the leader and his co-musicians inhabiting the extremely rarified atmosphere of inspired improvised performance in (almost) all its glory.

If you are familiar with the Trey Anastasio big band live album Plasma (Elektra, 2002) or, better yet, your own experience of that unit onstage, this disc's eight tracks will remind you of the group in full flight. And, as with that band, there's only the most judicious use of Anastasio's guitar in the mix (here mastered in great detail by Fred Kevorkian).

A mere pair of tracks on the disc find the fretboard in a prominent role and even then, especially on "Olivia, Anastasio is conscious of insinuating himself into the group interplay rather than dominating or leading the charge. During the title track he interweaves with the horns, sublimating his ego as well as his instrument. In that respect, guitar hero-worshippers will no doubt be disappointed The Horseshoe Curve.

That attitude, unfortunately, will preclude proper appreciation of the rest of the Anastasio band and the individual contributions of its members, most of whom are long-time collaborators. Bassist Tony Markellis and drummer Russ Lawton prove as steady and potent a pulse as a group this big and reliant on rhythmic foundation would need. Keyboardist Ray Pazckowski of Vorcza launches the percolating syncopation that flowers into "Sidewalks Of San Francisco. And Russell Remington's rippling flute improvisation on the title track greatly enhances the dynamics of the album as a whole: the airy sound of his instrument is in marked contrast to the full-blooded vigor that surrounds it. 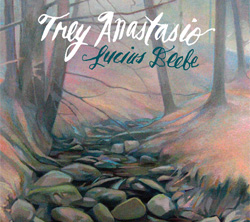 As with all of Anastasio's previous projects, The Horseshoe Curve begat a companion piece of sorts. Originally available only on-line, Lucius Beebe is a five-song live EP which includes guest appearances by drummer Jon Fishman, keyboarist John Medeski and the Nashville Chamber Orchestra. Even if there were no overlap of material—"Burlap Sack And Pumps, "Sidewalks Of San Francisco, and "Noodle Rave appear on both discs—you couldn't help but notice the difference between the two recordings.

Lucius Beebe (its title taken from a comedy line by the Beatles) is a reverse image of The Horseshoe Curve. Neither Medeski nor Fishman galvanize the proceedings. The horns go flaccid rather than pack a punch. The funk sounds forced, not a natural outgrowth of the band's playing. And the presence of some Aaron Coplandesque strings sounds like a sketch of an idea—which in fact best describes Lucius Beebe as a whole.

Yet hearing both these discs back-to-back provides valuable insight into the creative process, especially for a listener curious about the preparation and detail that goes into Anastasio's work. In a very real sense, he's being open about himself and his art in a way he could not on Shine and would not (for whatever reason) on Bar 17. The beauty of The Horseshoe Curve, however, is that you can enjoy it on its own musical terms.