Trent Austin: Pulling an Ace from the Musical Deck 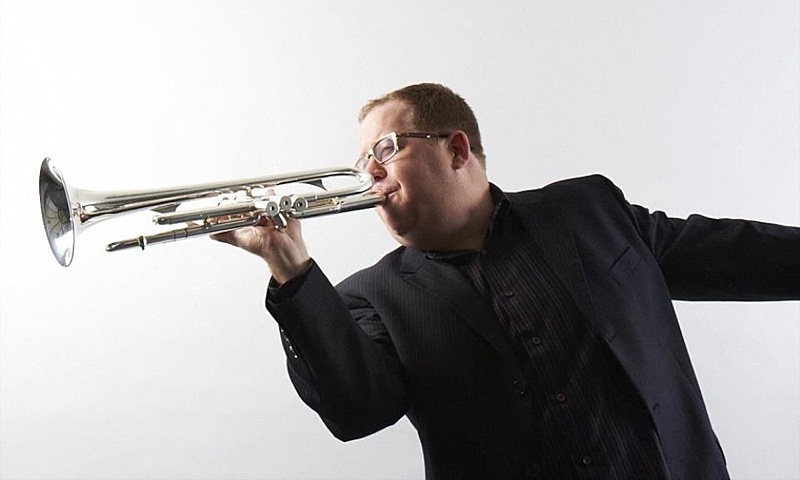 By NICHOLAS F. MONDELLO
October 8, 2013
Sign in to view read count
New England-based trumpeter, Trent Austin is indeed a Renaissance Man—multi-genre performer, business owner, trumpet/brass equipment designer, clinician and teacher. He's also one of the most beloved and respected—by the greatest of players and up-and-coming players—in each of those activities. I caught up with Austin as he plans to head out on tour in October with the brilliant clarinetist, Ken Peplowski and the Capitol Jazz Orchestra.

Trent Austin: Thanks so much, Nick and thanks to All About Jazz for inviting me! It's a great honor and extremely humbling.

AAJ: I read that in October you are going to do a two-week tour with woodwind artist Ken Peplowski and the Capitol Jazz Orchestra.

TA: Yes, I am. While my Austin Custom Brass shop takes most of my time these days, I am very excited to be going back on the road, albeit far too briefly!

AAJ: Please tell us about the tour.

TA: It's going to be an absolute blast! The tour is a celebration of the 75th Anniversary of the legendary Benny Goodman Carnegie Hall 1938 Concert. We are performing the exact concert selections from that historic concert. Each player has their distinctive "artist role" to play during this concert. Ken Peplowski, of course, is Benny Goodman and leading the band. I get to have one of my favorite roles ever, as I get to musically portray the great Harry James. It will be a special treat for me to play in the style of James, but also add some of my own playing style to the concert. We will be doing a quick tour that will hit selected East Coast venues. It's a good old-fashioned big band bus tour which will log plenty of miles. The complete schedule is listed on our website.

AAJ: How did you land this prestigious gig?

TA: It was really a case of being in the right place at the right time. One of the regular band members couldn't commit to the tour, so their agent called me. I usually get calls these days and people say: "I know you won't be able to perform this tour because you're too busy but..." I always tell folks to call anytime, as I could be more open than they think!

TA: I'm very excited to go on the road with this band and perform with someone as incredibly talented as Ken. He's an absolute world-class musician. And, even more special is the fact that he's a fine leader and wonderful person. When you are on a tour like this you spend 16-plus hours with the guys in the outfit. Of course, the music is incredibly important, but something that often gets lost is the hang. This band is full of great talent such as fellow trumpeter and Buddy Rich alum, Andy Gravish. More importantly, great people and players! 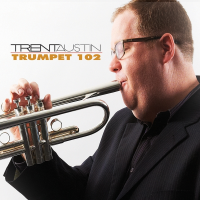 AAJ: Are there plans for future work with Peplowski?

TA: I sure hope so! I can only assume that this tour will open up new avenues and venues for us to share such wonderful music with audiences. I'm extremely excited for such a wonderful opportunity, as it's been far too long since I've done some touring.

AAJ: I know you are one of the most multi-dimensional, talented and respected players around. I've seen Doc Severinsen drop everything and head over to sound you on horns, mouthpieces and what-not. How are you able to fit in your performing and recording activities with your shop, your teaching, European business relationships, family and everything else?

TA: Thanks for the kind words. It is a lot of work and huge time commitment, but I love it. Within the past few years, I've had to give up playing a lot of different styles—orchestral and modern classical solo works—due to the fact there just isn't enough time in a day. It is quite challenging to do it all. When I officially launched my shop in 2010, I had to basically clear my performance schedule. I was working 16-20 hour days and there were moments where I questioned myself if this was going to be the best idea. Three years later, I'm finally getting back into performing again more frequently. I am, however, being very selective with my performance commitments. I also have to be very diligent in terms of my practice routine. I do get to live in a dream world where I can play a lot at my day job. Designing instruments and mouthpieces often requires extensive play-testing for proper analysis. That is a very good thing as it forces me to stay "on the horn" even at my busiest of times. Yes, it might mean waking up at 5:30 AM to get on the horn, but, as my good pal and great player, Thomas Gansch says: "Sleep when you're dead!"

AAJ: Let's backtrack a bit, if you don't mind. Most trumpeters know you for your Austin Custom Brass business and teaching, but, you also have a long and prestigious performance and recording resume.

TA: I have been lucky to have been able to work with so many great performers like Clark Terry, Joe Williams, Tony Bennett and Natalie Cole in the past. I was also out on the road with the Artie Shaw Orchestra for eleven years. It's an honor to have shared the stage with so many musical heroes of mine.

AAJ: I had the distinct pleasure of writing the liner notes to your highly-acclaimed CD last year, Trumpet 102—your fourth CD. Thank you for that privilege. For those not familiar with that CD, can you tell us its genesis?

TA: I can't begin to tell you how many people love your notes on that disk. It really is a lost art to write wonderful liner notes on an album. I think that Trumpet 102 was a response to my first CD, Trumpet 101, which I recorded in 2001. Trumpet 101 was more of a "statement" to my university students where I was teaching. Most of those students were into very modern music. I felt that Trumpet 101 helped open their ears to more traditional jazz playing. It's very important to know your history, no matter where the music came from.

Trumpet 102 was a 10 year anniversary of that first disc. The material covered selections linked with other trumpeters such as New England's legendary Lou Colombo with "Stardust," Clark Terry's "Serenade to a Bus Seat," and Wynton Marsalis' "Delfaeyo's Dilemma," et al. I was putting my own playing "take" on such wonderful and influential musicians.

TA: I have been on some classical recordings as a sideman, but never my own. I still dream to record the Second Brandenburg Concerto while I still can attempt to play it! I have recorded three other solo jazz CDs, with one of them a disc of solo trumpet improvisations.

AAJ: Your jazz playing seems to be an energized, endless flow of originality and creativity. What's your playing and improv approach and how did you come to it.

TA: I try to play with a simple mind and often think only of shapes while soloing. Often my students ask me if I know scales, modes, chords and other general structural ideas. While I have been very lucky to have worked with some amazingly gifted improv teachers, I don't particularly try to think in a traditional chord-scale-mode way anymore. I really try to play compositionally and motivically. I feel the more cohesive my ideas are, the clearer the overall picture of the music will be.

AAJ: Clark Terry tells me he loves your playing.

TA: That's because I slipped him a $50 to say that! In all seriousness, Clark is definitely my biggest influence. Not only because he's the best trumpet player I have ever met and performed with, but he plays with such originality and inspiration. You can always tell it is CT in one or two notes. His humor and joy of music are always prominent. That's critically important for me, as well. I always want people leaving my performances with a huge smile. The power of music to brighten one's day is one of the main reasons I absolutely love performing. In addition to his playing ability and amazing talent, Clark is also perhaps the kindest, sweetest, most giving, and warmest person I've ever met. He has set the standard to the absolute highest level. Every day I strive to be 1% of the man Clark is.

AAJ: Who influences you artistically?

AAJ: Do you compose or arrange?

TA: I have done a lot of composing in the past and was fortunate to study with the great Bob Brookmeyer. I really wish I had more time in the day to compose, but right now that time is being spent on maintaining my chops.

AAJ: How are you able to keep chops up with all you do?

TA: It's very challenging given the workload that I have during the day. I think right now I'm maintaining my chops and not really pushing my technique any further. I hope that as the shop gets more self-sustaining that I'll be able to push my playing more in terms of expanding my technique. The basic fundamentals always work for us trumpet players—lots of solid technique from the Arban's and Clarke books. I also use the late Laurie Frink's great book, "Flexus" often. I also do a lot of moving long tone Jimmy Stamp exercises. I call these my "Trumpet "Vegetables." There's much more that I do, but these are my day-to-day fundamentals. They keep the "Chop Doc" away.

AAJ: Are you teaching? Doing clinics?

TA: Yes, I teach out of my shop and also online via Skype or FaceTime. I am also doing more clinics recently, especially after Trumpet 102 was released. Some clinic presentations are trumpet-playing and improv only. Others are about instrument design. or musical entrepreneurship. Ideally, I want to work with young musicians and hopefully help them as my heroes helped me.

AAJ: What are your five "desert island" jazz albums?

AAJ: I know you've performed a great deal in The Netherlands and Europe. What's the jazz scene there? How do those audiences differ, if at all, from those here in the U.S.?

TA: The biggest thing is that audiences in Europe tend to be more open to "art music" and to freer collaborative improvisation. Maybe that is a cultural difference, but I really don't think so. One of the criticisms I often hear at concerts these days in the U.S. is that many players—especially horn players—are tending to use the rhythm section like a play-along with not enough collaboration or, as Wynton calls it, "negotiation." I'd prefer players to create and musically converse more. I find that type of creative improvisation very much welcomed in Europe, as well as many places in the U.S., of course like Los Angeles and New York.