By JEFF DAYTON-JOHNSON
December 11, 2012
Sign in to view read count 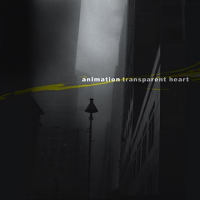 Bob Belden is a sort of jazz renaissance man. He's worn many hats in his long career: producer, arranger, composer and reeds player, a combination of roles for which there are few parallels in the business.

Transparent Heart highlights Belden the bandleader, the third release by his group, Animation. This is an all-new lineup for the group, constituted of students and recent grads from the highly reputed jazz program at the University of North Texas, where Belden graduated many years before.

The music made by this fine group sounds strongly inspired by early '70s electric jazz of trumpeter Miles Davis and keyboardist Herbie Hancock—no accident, given that Belden has produced several reissues of key records by these fusion pioneers. The nervous, almost jittery rhythm of "Urbanoia" and "Occupy!" echo the beats featured on Davis's On the Corner (Columbia, 1972). The electric keyboard textures, particularly Roberto Verastegui's Fender Rhodes. likewise hearken back to that rich musical vein. And when trumpeter Pete Clagett—especially strong throughout, undaunted by implicitly playing the role of Miles Davis—delivers the moody trumpet line at the end of "Seven Towers" an octave higher than when it was first stated, he recalls the muscular virtuosity of Davis on Black Beauty (Columbia, 1973).

Animation's performances are marathon-length, and do not always sustain interest (in both respects, not unlike the Davis groups or Hancock's Mwandishi group). But Belden and his young new band mates are generally excellent.

There is furthermore another dimension to Transparent Heart beyond its intelligent brushing-off of the group's early 1970s models. The record tells a sophisticated story, a set of overlapping stories in which New York City is the chief protagonist. On one level, it's the story of the young Belden coming to the city years ago to join Woody Herman's band, mystified and perhaps frightened by the megalopolis. The story moves from the individual to the social, weaving through the terrorist attacks of 9/11, the effects of the subsequent economic downturn as experienced by jazz musicians, and the Occupy Wall Street movement.

Belden's remarks about the album help flesh out the details of the narrative, but it is remarkable how coherent and evocative the aural experience alone is in conveying the tale. In truth, Belden's vision is like a novel—Dickens's London or Balzac's Paris being literary examples of cities playing a starring role.

And this novel-like (or cinematic) narrative coherence is also a feature of the two excellent Miles Davis tributes that Belden produced—Miles from India (Columbia, 2008) and Miles Español: New Sketches of Spain (Columbia, 2011)). This capacity for writing novels with jazz may be the most unusual thing about Belden.